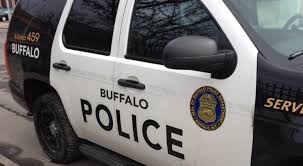 Buffalo Police said the crash happened at Seneca Street and Pomona Place around 2:40 a.m. A.J. Twentyfive III, 33, was the driver of the 2017 Toyota sedan that was hit by a Maserati while Kristin N. Labruno, 32, was the passenger. Both of them died as a result of the crash. Police said their car had just pulled out of a parking spot when they were hit by the Maserati.

The 2 occupants of the Maserati were sent to ECMC with non-life threatening injuries.

Buffalo Police are investigating whether alcohol played a factor.