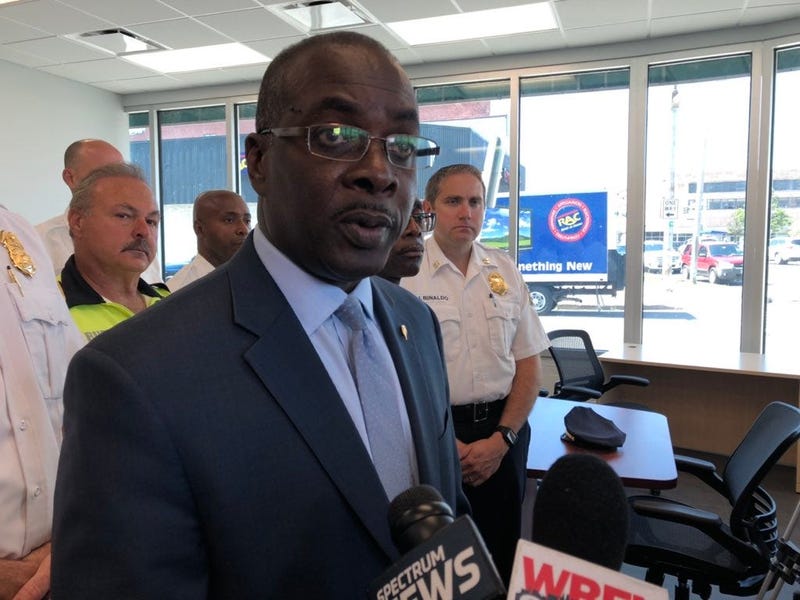 The first incident occurred in the first block of Donaldson Road around 7 p.m., as a 39-year-old male arrived to ECMC after suffering a gunshot wound and is now listed in serious condition.

Later on around 9:15 p.m., police say a 24-year-old male was struck by gunfire on West Tupper, and the incident appears to be targeted in nature.

The victim was transported to ECMC where he's currently listed in stable condition.

These incidents are just the latest in a string of gun violence within the city, as at least 18 shootings have occurred in the last two weeks.

"I can tell you that violent crime and all categories of crime in the city is down by 5%," Mayor Brown said in a Monday afternoon press conference. "But unfortunately, gun incidents...are up by 55% in the City of Buffalo, so I am very concerned about it; the Buffalo Police Department is very concerned about it, and our officers are out working hard to do their part to find the individuals that are responsible..."

On Sunday morning, a 21-year-old woman was shot and killed during a large block party on Koons Avenue near Walden. A 22-year old Niagara Falls woman was also shot there.

"I don't think you can blame the Buffalo Police for 300 people that come out illegally in a parking lot and stage a party that no one has been notified of," said Brown of Sunday's incident. "So I don't think it's a question of should Buffalo Police have shut it down sooner, I think it's a question of why did 300 people go to a parking lot and try to hold a party - we need to hold people also accountable.

"It seems like the only ones we want to hold accountable are police, but we also have to hold the actions of individuals in this community accountable."