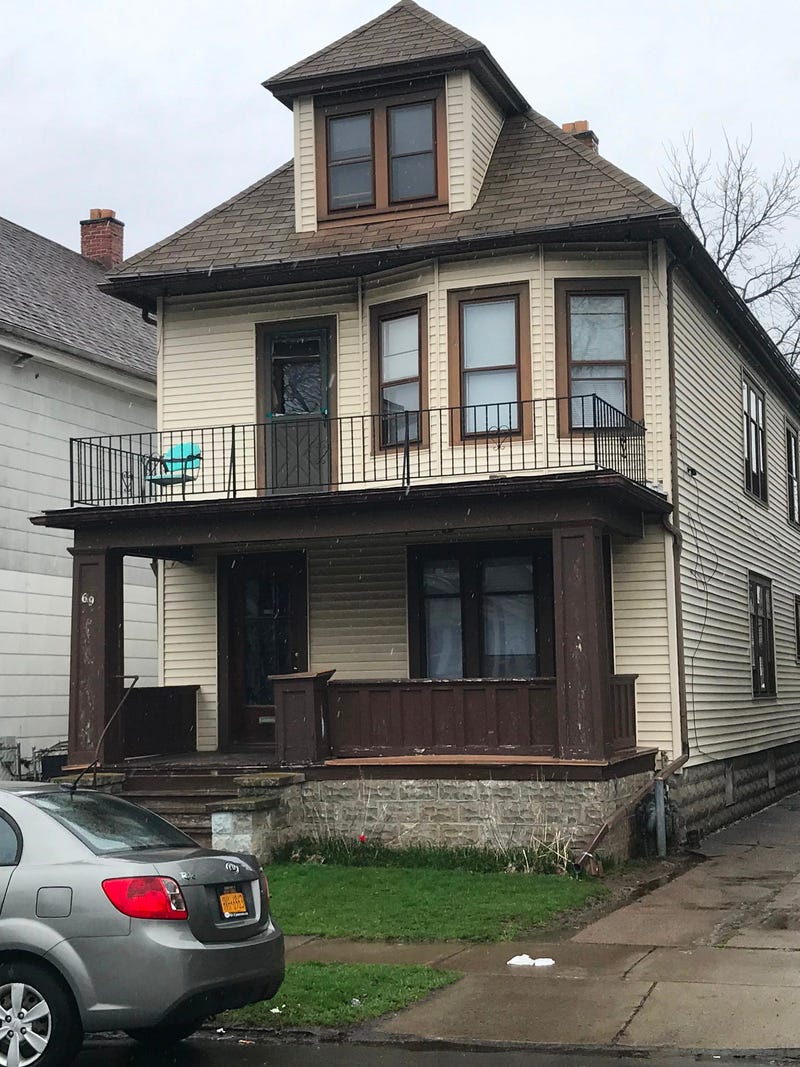 Buffalo, NY (WBEN) Sebastian Serafin-Bazan, the University at Buffalo student hospitalized after an apparent hazing incident, has died following suspected hazing that led to a suspension of fraternity and sorority activities.

"Our hearts go out to Sebastian's family for the devastating heartbreak they are experiencing. We extend our sincerest condolences to the Serafin-Bazan family and to all of Sebastian's friends here at UB and in his hometown of Port Chester, New York," university President Satish Tripathi said in a written statement. The university said it would not comment further Wednesday out of respect for the student's family.

Details of the case involving the Sigma Pi fraternity have not been released. Buffalo Police Capt. Jeff Rinaldo said police are investigating whether drugs or alcohol were involved and are awaiting autopsy results.

A telephone call to the Serafin-Bazan home in Port Chester went unanswered.

Neighbors say they saw a person who appeared to be unconscious being carried out to the front lawn of the house around 12:30 a.m. Friday before police arrived. The house is rented by members of the fraternity, the university said.

University officials have said an internal review is underway.

Sigma Pi's Buffalo chapter did not respond to a request for comment.

Jonathan Frost, executive director at the fraternity's national headquarters in Lebanon, Tennessee, said the fraternity has offered its support to Buffalo police and the university in the investigation.

"We will be initiating an internal investigation and review once the police have concluded their fact-finding," Frost said in a written statement. He said the Buffalo chapter was placed on a temporary suspension after the incident.

"The chapter is cooperating fully with local authorities and university officials," Frost said.

The fraternity has 120 chapters in the United States and Canada. The Buffalo chapter has about 20 members, UB said.

The fraternity's national office, along with the Ohio University chapter, are named in a lawsuit alleging extensive physical and mental hazing in the death of an Ohio student who died after pledging the fraternity last fall.

The suit filed Feb. 14 in Athens County Court says Ohio University freshman Collin Wiant was beaten with a belt, pelted with eggs, deprived of sleep, and forced to take drugs and drink a gallon of alcohol in an hour. The lawsuit filed by Wiant's family said the 18-year-old from Dublin, Ohio, died Nov. 12, 2018, of asphyxiation due to the ingestion of nitrous oxide provided to and forced on Wiant by fraternity members.

Jonathan Frost, Sigma Pi's executive director, declined to comment on the complaint at the time it was filed.

Earlier this month, a Pennsylvania judge sentenced three former members of a Penn State fraternity to jail on hazing charges for the February 2017 death of a pledge after a night of heavy drinking.

Authorities said Tim Piazza, 19, of Lebanon, New Jersey, suffered severe head and abdominal injuries in a series of falls and had consumed a dangerous amount of alcohol. Several other former members of Beta Theta Pi, which was subsequently shut down, have pleaded guilty to hazing- and alcohol-related counts, and a few still have charges pending.

After reporting April 12 that Serafin-Bazan had been hospitalized "with a serious medical condition as the result of a possible hazing incident," Tripathi indefinitely suspended the activities of UB's 35 fraternities and sororities. The organizations, he said, would be counseled about the university's zero-tolerance policy on hazing.

"As we grieve Sebastian's passing today and well beyond, it is my hope that each of us pauses to remind ourselves that we can only uphold our humanity by treating each other with dignity, compassion and kindness," Tripathi's statement said.

I am deeply saddened to share with you that UB freshman Sebastian Serafin-Bazan passed away today.
Our hearts go out to Sebastian’s family for the devastating heartbreak they are experiencing. We extend our sincerest condolences to the Serafin-Bazan family and to all of Sebastian’s friends here at UB and in his hometown of Port Chester, N.Y. We join them in mourning the tragic loss of a member of our UB family.
If you are struggling, please know that our university counselors are here to provide you support in the aftermath of this terrible loss. As we grieve Sebastian’s passing today and well beyond, it is my hope that each of us pauses to remind ourselves that we can only uphold our humanity by treating each other with dignity, compassion and kindness.

Serafin-Bazan reportedly was forced to do strenuous exercises last week at the Sigma Pi fraternity house on Custer. He was found outside the frat house not far from the South Campus early Friday morning. The freshman was reportedly recovering from the flu. There were no drugs or alcohol in his system.

Prior to Serafin-Bazan's death, the University at Buffalo announced the suspension of all Greek life activities on the campus. Additionally, a committee was formed to review the policies of all sororities and fraternities on the campus and will come up with a recommendation by this fall.

WBEN spoke with Buffalo Mayor Byron Brown before the student's death. Brown, a former president of the Buffalo chapter of Alpha Phi Alpha, said he agreed with UB's decision to suspend all Greek activities.

"This behavior should not occur," Brown said. "There should be no place for hazing in our academic institutions or in our community."

Buffalo Police have not announced any charges in connection to Serafin-Bazan's death.