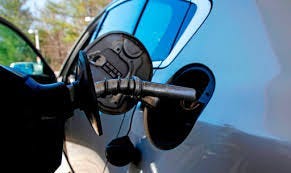 While the statewide average cost for a gallon of unleaded gas remains $2.26, the AAA reports the Buffalo-Niagara Falls average is still $2.20.  The cost per gallon was sixty-two cents higher one year ago.

Development of the property around the Northtown Center in Amherst is continuing.  According to Business First, an affiliate of UBMD Orthopaedics & Sports Medicine and Ciminelli Real Estate Corp., paid nearly $3 million for about 15 acres of land around 500 Maple Road.  Its proposal is to build a two-story, 200,000-square-foot medical-services building, anchored by UBMD Ortho. Variances and other approvals are needed before any groundbreaking.  The site is also tied up in the town's complicated land swap with the ownership group of the former Westwood Country Club.

Also from Business First: Excelsior Orthopaedics will continue with its plan to open a downtown Buffalo physical and occupational therapy site.  The practice anticipates a fall opening in the Main-Court Building, which once housed a CVS pharmacy.