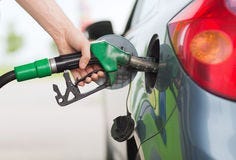 The current average cost for a gallon of unleaded gas in the Buffalo-Niagara Falls region remains unchanged from a week ago at $2.21 per gallon.  According to the AAA, that still reflects a ten cent drop in the past month.

The coronavirus is about to claim another retail victim.  A report in Reuters indicates that Lord & Taylor is considering the possibility of filing for bankruptcy protection.  Parent company Le Tote bought the 38 stores in the U-S just last year.  Also being discussed is a deal to get relief from creditors for the ailing stores or scrape up additional financing.

Despite the troubling times, a Niagara Falls hotel project is advancing.  Business First reports the Plati Niagara development, led by brothers Frank and Anthony Strangio, will begin work this summer.  The end result with be a seven-story, 120-room Cambria by Choice hotel - along with two apartment buildings at 311 Rainbow Boulevard.

Marrano Homes recently donated 10,000 masks to Mayor Byron Brown and the city of Buffalo to support seniors and other vulnerable residents in neighborhoods citywide.  The donation is part of Marrano’s larger COVID-19 relief efforts.  In total, the new home builder has donated $30,000 in mask donations and financial assistance to support Western New York’s response to the pandemic.