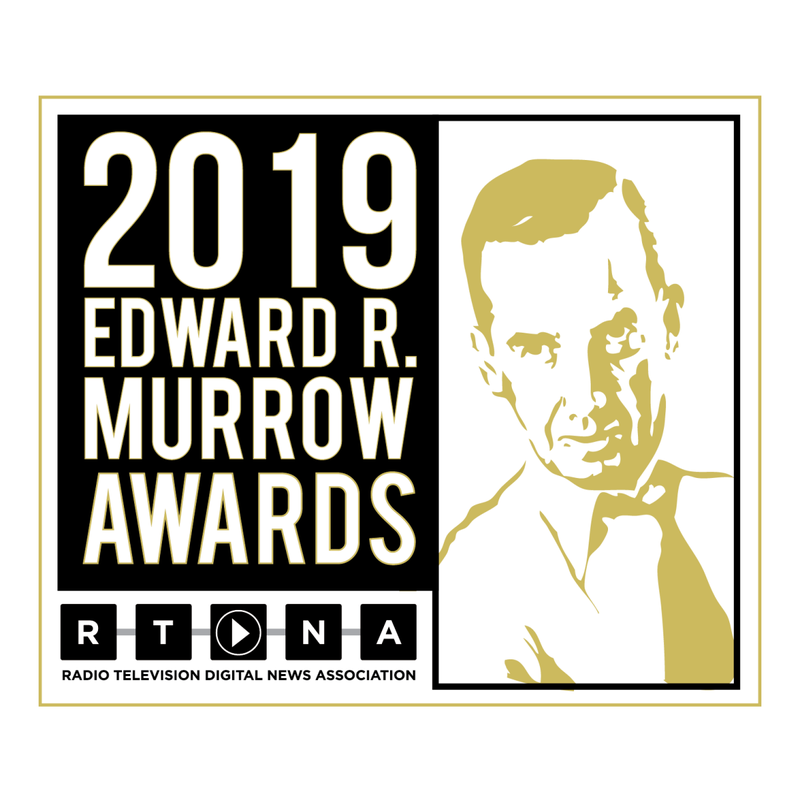 The RTDNA says, "Since 1971, RTDNA has been honoring outstanding achievements in broadcast and digital journalism with the Edward R. Murrow Awards. Among the most prestigious in news, the Murrow Awards recognize local and national news stories that uphold the RTDNA Code of Ethics, demonstrate technical expertise and exemplify the importance and impact of journalism as a service to the community. Murrow Award winning work demonstrates the excellence that Edward R. Murrow made a standard for the broadcast news profession."

Additionally the WBEN News Team was recognized for its continuing coverage of the ongoing priest abuse crisis within the Diocese of Buffalo and beyond.  The WBEN coverage included LIVE longform broadcasts of community meetings, news conferences and exclusive one-on-one interviews with Bishop Richard Malone.

Finally, the WBEN News Team was recognized for its breaking news coverage of a horrifying rescue mission and double drowning tragedy along the Niagara River, during which the news team offered immediate, extensive and LIVE coverage.

WBEN Operations Manager and Program Director Tim Wenger says, "this is tremendous recognition for WBEN's leading radio newsroom and reinforces WBEN's commitment to deliver relevant and impactful stories on air and online on a daily basis".   "Awards are a prestigious recognition from our industry, but the ultimate award is our listeners' daily vote of confidence in continuing to make WBEN the number one choice for radio news in Buffalo", Wenger added.

WBEN is now in competition nationally and will learn the results of that competition in June.