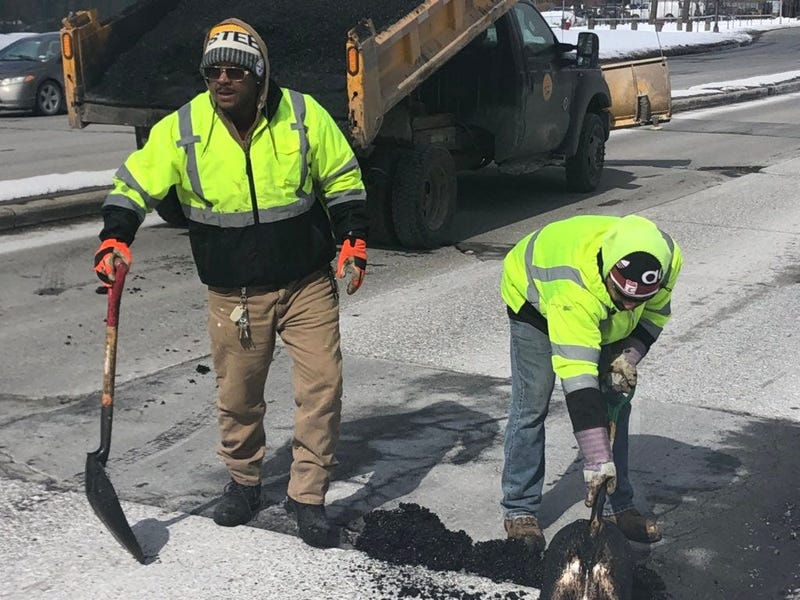 Buffalo’s Department of Public Works is doing a number of pothole repairs at several locations around the city today. Here’s a crew working near Busti Avenue. pic.twitter.com/TWOn2ZgzLm

Acting Public Works Commissioner, Michael Finn, says potholes are simply going to happen given the nature of our climate.

"As mother nature and temperatures changes, our roads react all throughout the region," said Finn. "The potholes that we went and filled will start to open up again, and that's just the nature of the beast."

Finn says the best way for residents to inform the city of a bad pothole is to utilize the city's 311 line, which comes with a 48-hour gurantee.

Every year residents claim that pothole season to be the worst of all time, but apparently this season isn't too bad but not too great either.

"So far, I think this winter has been...I'll say average," he said. "But we're not through it; we're still in the middle of it, and that's why I want to emphasize that we're continuing to be proactive and to try to stay on top of it."

In fact, Finn says we still have about a month to go.

"Part of the effort is that you need to just continually work at it until you get to the point where the temperatures aren't in the freeze/thaw cycle, where things are opening up and potholes are reoccurring," said Finn.