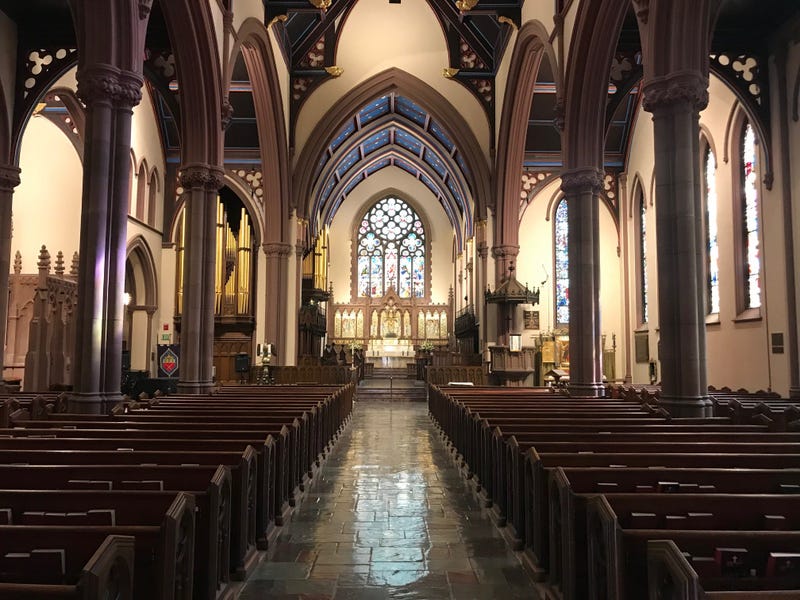 BUFFALO (WBEN) - As some New York State residents prepare for a partial reopening of the economy, questions have arose in regard to the ambiguous aspects of Governor Cuomo's phase approach.

One question asked a lot in recent weeks - which phase do churches fall under?

When speaking with several local pastors, it was obvious that they're caught up in the confusion as well.

St. Bernadette Church Pastor Fr. Paul Seil answered with a blunt 'no' when asked if he could clarify some of the uncertainty. Seil is looking to the government and church leaders to provide answers.

Seil has several ideas on how to ensure the likely limited congregation will adhere to social distancing measures, including the use of tape to mark where people are allowed to sit within the pews.

Zapfel discussed some of the ideas his staff came up with as well, such as placing restrictions on exchanging the Sign of Peace and a change in the way Communion is offered.

Eastern Hills Wesleyan Church Lead Pastor Pat Jones says the average attendance of his church is around 1,100 people, so he obviously imagines smaller churches will have the ability to assemble much sooner.

"The only guideline that we're looking for is to try to figure out in the different phases what the number is of size of groups that can meet safely according to the guidelines," said Jones. "That's about the only thing at this point that we have to work with, so we're trying to determine that sensing that, probably as far as larger groupings of say 100-250 or more, it's going to be some time at least late summer before we'll be able to do that."

"I think what we really have to remember is that the regulations are there for our personal safety and for the safety of those around us," he said. "When we follow those regulations, we should have a sense of security in going forward."