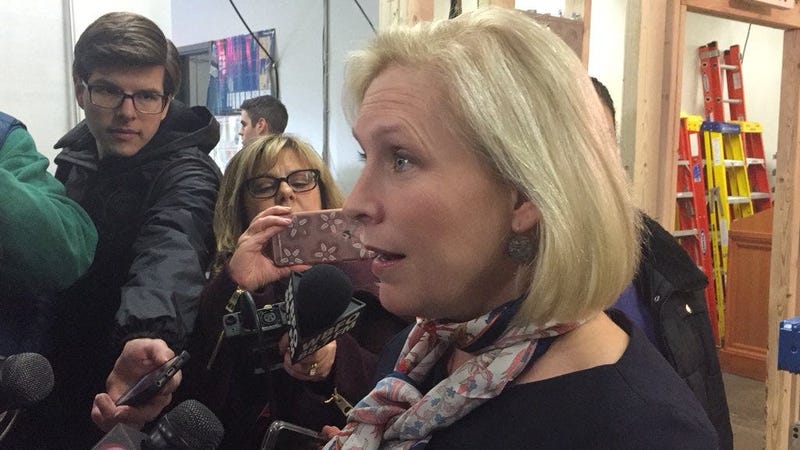 BUFFALO, N.Y. (WBEN) - Don't expect any immediate political fallout for New York Senator Kirsten Gillibrand after she announced on Wednesday that she dropped out of the race for the White House.

Political strategist Carl Calabrese told WBEN said he wasn't surprised that she pulled out of the race because she failed to get any traction at any point.

Calabrese expects the danger in her political future from forces further to the left than the senator. Specifically, Calabrese said that democrats in New York are keeping an eye on Congresswoman Alexandria Ocasio Cortez of the state's progressive wing.

"There's rumblings that Cortez may challenge her in a democratic primary," he said. "That would be very interesting if that happens."

Gillibrand isn't up for re-election until 2024. Calabrese said Gillibrand's presidential candidacy will likely not be remembered because of other issues that will come up between now and her re-election.