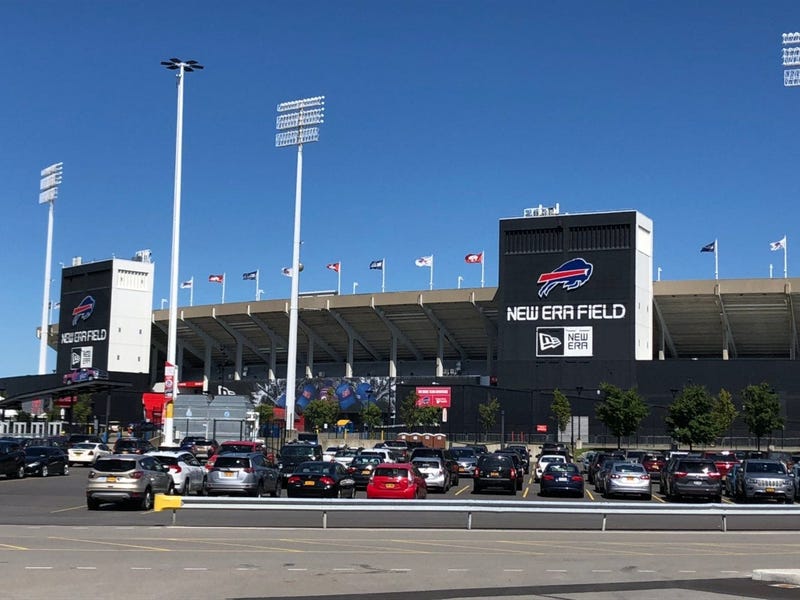 BUFFALO (WBEN) - The NFL released its official 2019-2020 schedule late last week, no doubt providing a momentary but much needed distraction for Bills fans amid the coronavirus pandemic.

However, there is growing concern on whether the games will actually happen at all, and if they do, whether fans would even be allowed to attend.

Lieutenant Governor Kathy Hochul spoke to WBEN following the schedule release, and she said that September is too far in the future to even speculate on fans having the ability to visit New Era Field.

"I don't know what the virus is going to do - there are patterns that are showing that it could come back in the fall," she said. "As much as I want it to happen, and we're on a path to try and drive our numbers down and make sure we can make venues safe for people - I've been talking to the Bills organization regularly about this on what has to occur - but I don't have the confidence to say that I know right now what this deadly virus will do if it comes back again in the fall."

"If people are expecting there to be football games with 72,000 screaming fans in the crowd, it's probably not going to happen," he began. "This is all new; we don't know, and I don't think we're going to know probably until August."

There have been some ideas about reducing the capacity of NFL stadiums to a specific percentage of the actual capacity. Regardless of the plan, Poloncarz has been in contact with the organization and they appear to be on the same page.

"The most important thing that we can do is save lives," Poloncarz continued. "I think we all want to see this football season - the Bills have a great team - but that is not the number-one priority of the Erie County Department of Health and my office right now."

While no determination can yet be made on fans in stands for NFL games in the fall, the NFL has formulated a ticket refund plan for canceled games or those held without fans.

In a memo sent to the 32 teams by Commissioner Roger Goodell, a uniform baseline for full refunds on any tickets purchased directly from the clubs was prepared.

Goodell wrote that “all clubs will have in place a policy under which, if a game is cancelled, or is played under conditions that prohibit fans from attending, anyone purchasing a ticket directly from the club (i.e., season tickets, group sales and/or partial season plans) will have the option of either receiving a full refund or applying the amount paid toward a future ticket purchase directly from the club.”

As for the secondary market, the league received pledges from Ticketmaster and SeatGeek to make full refunds available for all ticket sales within no more than 30 days of cancellation. StubHub, however, will do so only where required by state law.