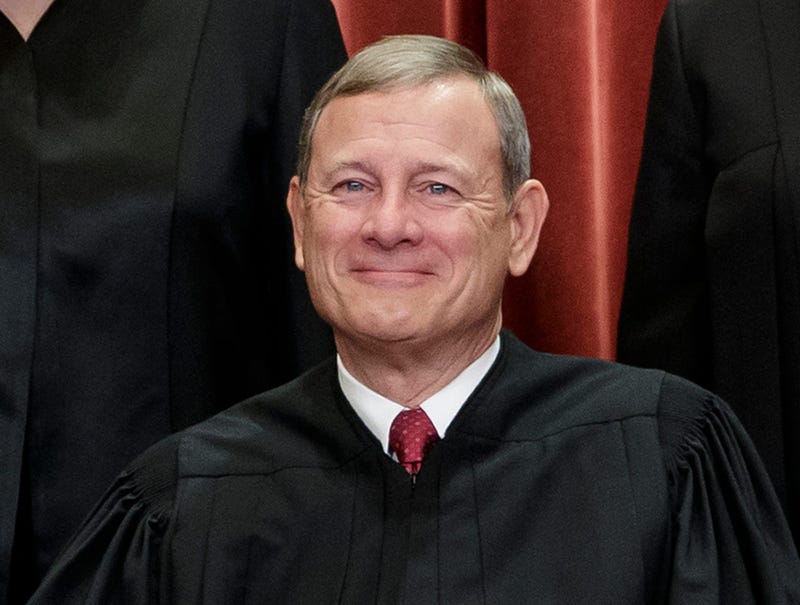 Photo credit FILE - This Nov. 30, 2018, file photo shows Chief Justice of the United States, John G. Roberts, as he sits with fellow Supreme Court justices for a group portrait at the Supreme Court Building in Washington. Roberts will move from the camera-free, relative anonymity of the Supreme Court to the glare of television lights in the Senate to preside over President Donald Trump's impeachment trial. (AP Photo/J. Scott Applewhite, File)
By Mike Baggerman WBEN

WASHINGTON, D.C. (WBEN) - Next week's historic trial of President Donald Trump will feature a rare look at the Chief Justice of the Supreme Court's role as a trial judge.

John Roberts will preside over the historic impeachment trial in the US Senate.

"It's a rather unique situation for the Chief Justice of the United States Supreme Court, who is usually sitting and listening to cases that have come up through the ranks of the lower courts," former NYS Attorney General Dennis Vacco, who has argued in front of the Supreme Court, said. "This role is decidedly different because he will be sitting as a trial judge. As a trial judge, he must be fair and impartial. His rulings must be in accordance with law and procedure."

'Impartial Justice'? What to watch in Trump's Senate trial

Vacco said it's also different for Justice Roberts because he's more accustomed to hearing arguments where the facts of the case are "incidental" compared to the legal argument of a case. Here, Roberts is on a fact-finding mission.

Yacobucci said that the senate has the ability to overrule decisions made by the justice during the trial and that we may see it with a republican majority.

To remove the president from office, the senate needs 67 votes. That would require all 45 democrats and two independent senators, both of whom caucus with the democrats, to vote for the impeachment. It would also require 20 republicans to cross party lines. It is widely expected that the president will be acquitted in the senate.

Democrats continue to press for witnesses to be called, something Senate Majority Leader Mitch McConnell said he will address after the trial begins.