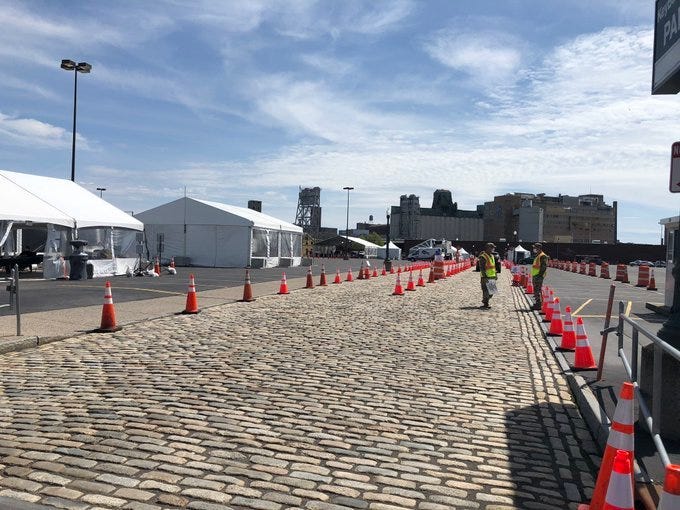 Deaths have also declined in the region over the last two weeks. Western New York also easily meets the bed threshold, number of testing, and the appropriate number of contact tracers.

Erie County represents the overwhelming majority of cases in the region with 5,784. Of those cases, 504 people have died and 149 people were in the hospital as of May 25.

“The last two days of hospitalization data in which there were greater admissions than discharges is always a little concerning,” Poloncarz said Wednesday. “If you do a three-day rolling average we seem to be less than 15 so we’re still in a good position.”

“The question is will we see a spike in hospitalizations? We’ll have to keep a watch on that,” he said. “I think we’re on track.”

For now, hospitalizations are stable and there are no more than six people who have died per day in a hospital since at least May 12. Erie County is reporting 504 total deaths, though that number also includes coronavirus deaths in nursing homes.

There are 1,020 positive cases of COVID-19 in Niagara County.

The New York State Department of Health is reporting 205 positive cases of coronavirus in Allegany, Cattaraugus, and Chautauqua Counties.

Seven people have died in the three counties.