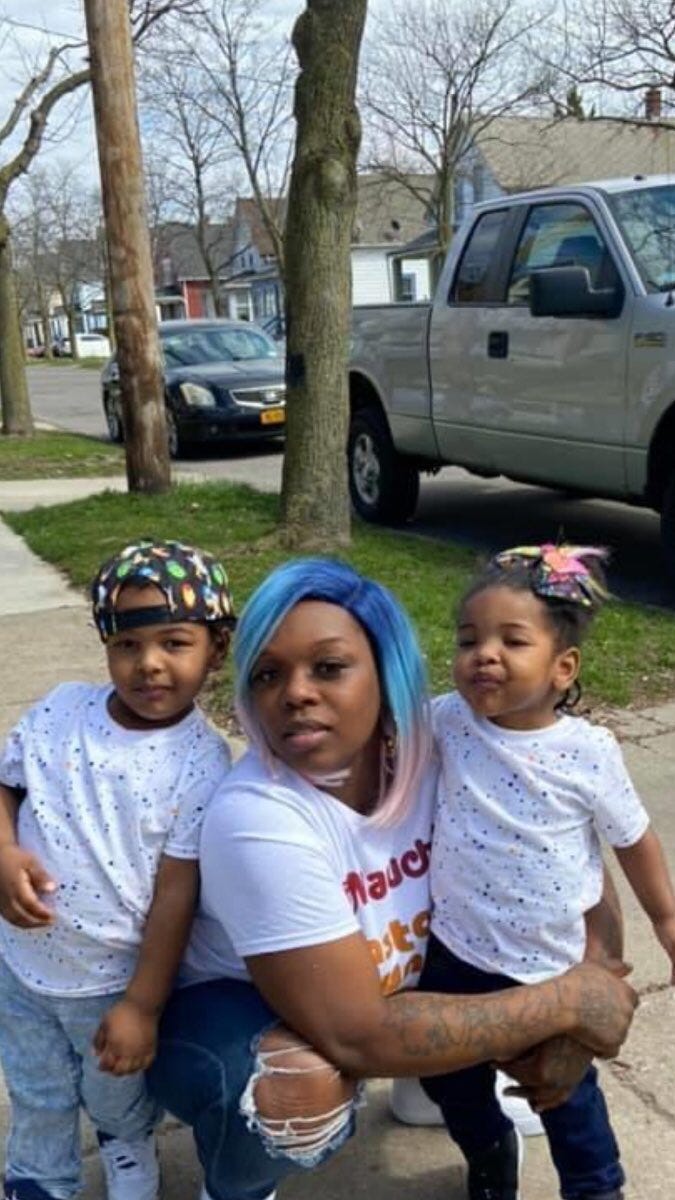 BUFFALO, N.Y. (WBEN) – The Buffalo woman who allegedly rammed through a group of police officers on Bailey Avenue on Monday night was arraigned Wednesday and charged with five felonies.

Deyanna Davis, 30, plead not guilty to Aggravated Assault on a Police Officer, two counts of second-degree assault, plus a weapons charge and possession of stolen property. Police said she was the driver of an SUV that struck two state troopers and one Buffalo Police officer during the riots on Monday night.

All of the officers struck survived, though New York State Trooper Ronald Ensminger was the most seriously injured. He suffered a broken leg and shattered pelvis. Ensminger underwent surgery on Tuesday.

Davis is paralyzed from the waist down, according to her mother, Ayanna Carr.

"I'd like to say my whole entire family wants to send our deepest apologies to the officer," Carr said after her daughter's arraignment on Wednesday. "We just really want him to know it's not intentional and our family really, really, really, really understands their anger and understands his hurt. We do want to apologize."

Carr described the entire incident as a misunderstanding, saying that further video will prove that Carr never had any intent to hurt officers.

"The media only saw the ending of what happened," she said. "Certainly the circumstances that led up to that they have never seen."

Carr denounced the riots that happened at the time of the incident.

Flynn said his office has other video that refutes the belief that Davis panicked around the time she hit officers. He would not divulge what the video shows but said that she traveled for multiple blocks and that her actions do not reflect someone who was panicked.

She will return to court on June 24.