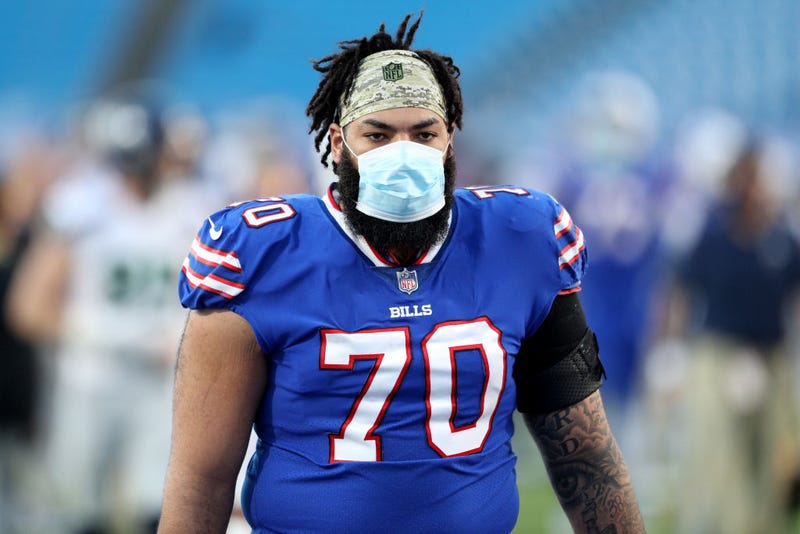 ORCHARD PARK, N.Y. (WBEN/AP) — Buffalo Bills starting left guard Cody Ford will miss the remainder of the season with a knee injury, while receiver John Brown has been ruled out from playing against the Los Angeles Chargers on Sunday.

Coach Sean McDermott on Friday said Ford was hurt in practice this week after the AFC East-leading Bills (7-3) returned from their bye. McDermott didn’t reveal which knee Ford injured.

The second-year player was carted off after hurting his right knee in a 26-17 loss to Kansas City on Oct. 19. He missed two games before hurting his ankle in a win over Seattle, which led to Ford missing Buffalo’s past game.

Ford’s injury will lead to yet another offensive line shuffle, with Mitch Morse potentially returning to center after missing two games, and Jon Feliciano moving to left guard. Ford opened the season starting at right guard before shifting to the left side in Week 3.

Thank you #BillsMafia for the love and support. I’ll be back and better in no time. Excited to watch the team continue great things this season 🖤

Brown, who has also been bothered by a knee issue, is sidelined due to an ankle injury sustained in a 32-30 loss at Arizona two weeks ago. McDermott did not reveal the severity of the injury or provide a timetable for Brown’s recovery.

Brown, who has scored twice this season, is part of Buffalo’s three-receiver starting set, and ranks third on the team with 29 catches and 386 yards.