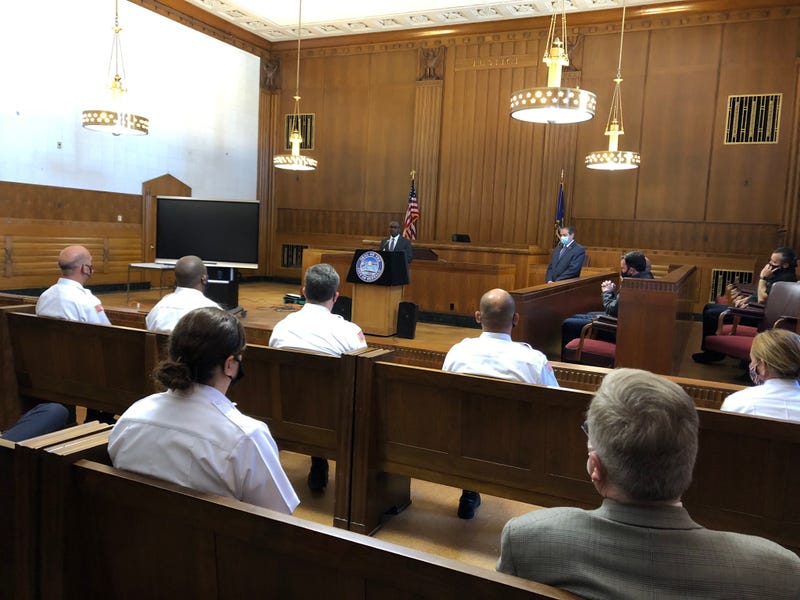 BUFFALO (WBEN) - On Monday afternoon, Mayor Byron Brown and members of the Buffalo Police Department invited media to watch a demonstration of Bola Wrap, a non-lethal restraint method the department is looking into for a potential pilot program.

NOW: @MayorByronBrown and members of the Buffalo Police Department demonstrating Bola Wrap, a non-lethal restraint method. The department has not purchased the product, but they’re looking to begin a pilot project in the future. @NewsRadio930 pic.twitter.com/dHYMTUi6tP

The product, according to its website, is described as "remote handcuffs," that "safely and humanely restrains resisting subjects from a distance without relying on pain compliance tools."

The actual restraint is fairly simple - a Kevlar chord with tethered fish hooks at each end. 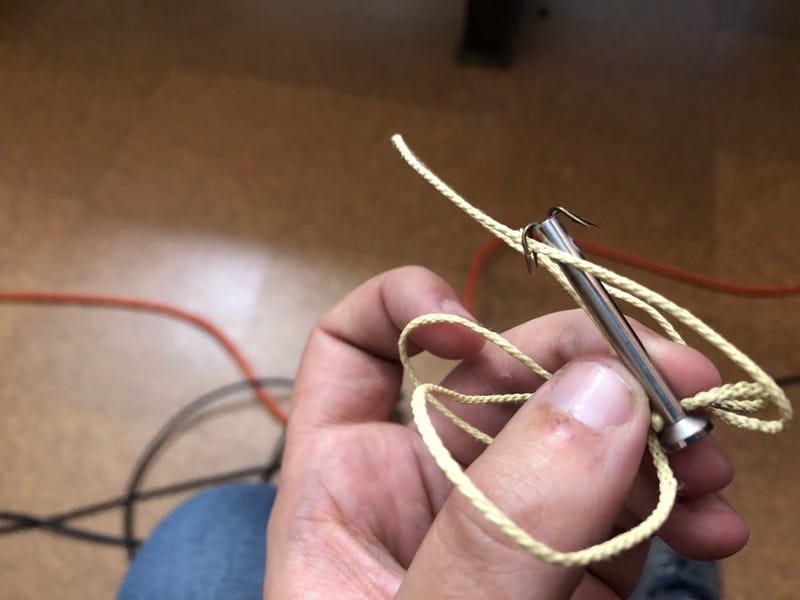 "The device deploys at such a speed, that when the chord itself strikes the body, it immediately just wraps itself up, and the little hooks embed into the clothing that the person is wearing," said Police Captain Jeff Rinaldo. "Part of the program is to have a quick response, meaning as soon as you would deploy that and you would wrap somebody, you would have an arrest team that would immediately then move in and take custody of the person."

Brown emphasized that there has been no purchase of the product to this point.

"This is just something that we're looking at, and we wanted to make the public aware before any decisions were made," said Brown. "This is...just another tool we are looking at in the Buffalo Police Department to make our policing model safer for the community and for our police officers."