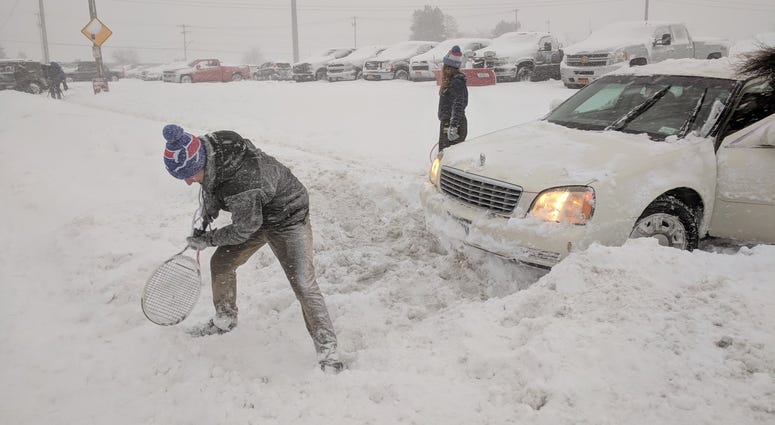 BUFFALO (WBEN) - With school districts having been forced to increase access to technology and implement systems of remote learning, snow days may now be a thing of the past.

"Snow and cold days, with the distribution of technology across the district and the ability to communicate using our Office 365 platform, on a day that's referred to as a snow day but often lately a cold day because temperatures are frigid, we may be able to sign in, sign on, and go to work," said Niagara Falls City Schools Superintendent Mark Laurrie.

Of course, this isn't to say school would never be canceled again. Laurrie noted that power outages would be cause for concern, and he also said there would have to be fair warning of inclement weather or cold.

"The other thing that we have to be able to anticipate with a snow day is a good weather forecast," said Laurrie. "In order to make it work across the board, students and staff would have to be reminded to take their device home with them."

However, in general, Laurrie sees a reduction or elimination of snow days as the way of the future.

"We're not going back," he added. "I don't see a reason to go back as long as we have an inventory of devices, a solid technology platform, and an ability for kids to use the technology, I don't see this trend reversing itself when we come out of this pandemic."