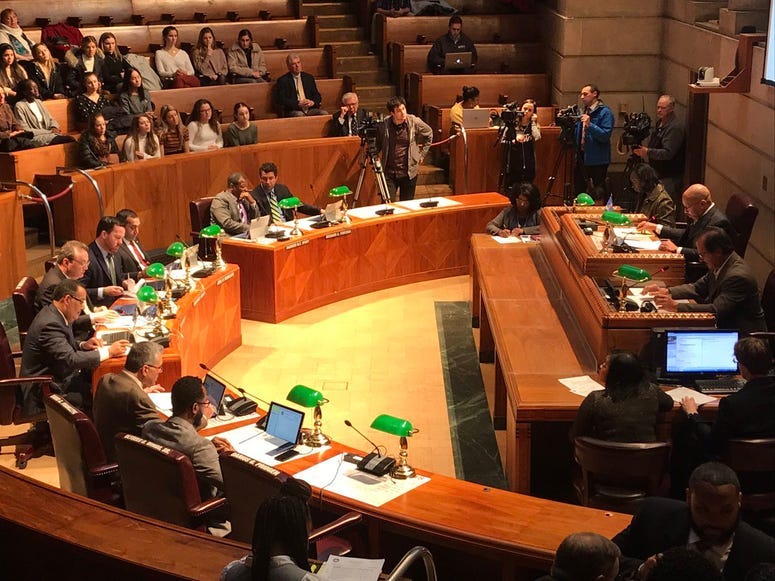 Buffalo, NY (WBEN) Buffalo Common Councilmembers expressed concerns over the police-involved shooting of Willie Henley on Saturday. But there were questions about a lack of tasers, especially when funding had previously been approved.

"They were really upset about the whole incident period, in that the officers didn't have the tasers that could have led to a different level of force, and prevent a shooting," says Common Council President Darius Pridgen. "Council authorized $400,000 in furniture and taser purchases in the past. In February, Council authorized Buffalo Police to enter into contract negotiations to buy over 600 tasers."

Pridgen says the question is why wasn't the contract negotiated, why the tasers weren't out on the street, and pretty much what happened. "We're formally asking police to appear with us in our committee meeting on Tuesday," says Pridgen, who adds a scheduling conflict kept police from appearing at a Monday meeting.

Pridgen adds Cariol's Law was unanimously sent to committee, to allow for public comment over the next two weeks. The law would require officers to intervene when their colleagues committed misconduct. "Many of the items the community that worked together with us are in it. We made sure items in it did not break the law or the Constitution of the United States," explains Pridgen. The law is named after Cariol Horne, who was fired after intervening in a case of excessive force.

How confident is Pridgen it will pass in two weeks? "If I took a straw poll, there are enough polls on the council to pass it, but in government anything can happen," noting it would have to override a mayoral veto if that were to happen.