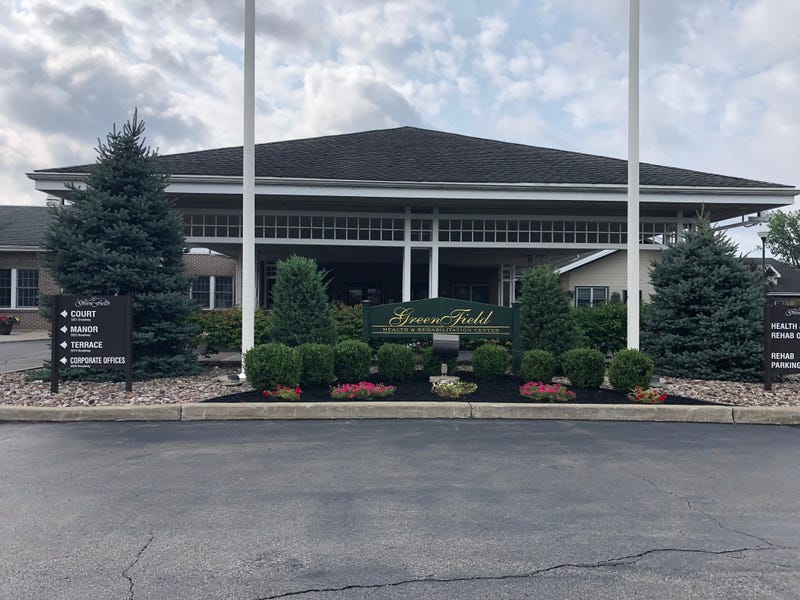 Buffalo, NY (WBEN) Erie County lawmakers have been asking the health department for several weeks to provide numbers on COVID rates among nursing homes. For the second consecutive week, the county has sent the legislature a report on COVID in nursing homes and one legislator is very concerned. 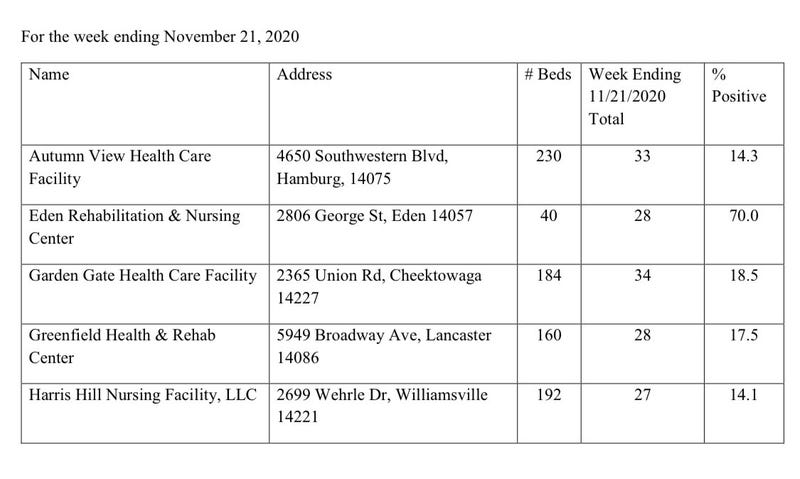 While Erie County Legislator Joe Lorigo is happy to receive the numbers but adds, "I'm concerned with some of the positivity rates I'm seeing, especially the nursing home in Eden that has a 70 percent positive rate. That's frightening." He says the main thing is to have testing and PPE readily available and not have so many people packed into the nursing home to increase the risk of spread.

The Erie County Health Department provided caveats with the numbers. "The nursing home COVID case data sources may be multiple sources and received at different times. One source is NY HERDS data. Another source is surveillance data case reports. NYSDOH may occasionally inform ECDOH of active nursing home investigations," says the department in a statement.

Lorigo says the legislature has done all it can when it comes to funding and PPE. "We have a huge stockpile, passed resolutions to make sure PPE gets to the hands it needs to. We need to see the administration get the PPE into the hands of the right people." notes Lorigo. He adds there needs to be a committee discussion with the health department to see what can be done to help instead of waiting for state intervention. 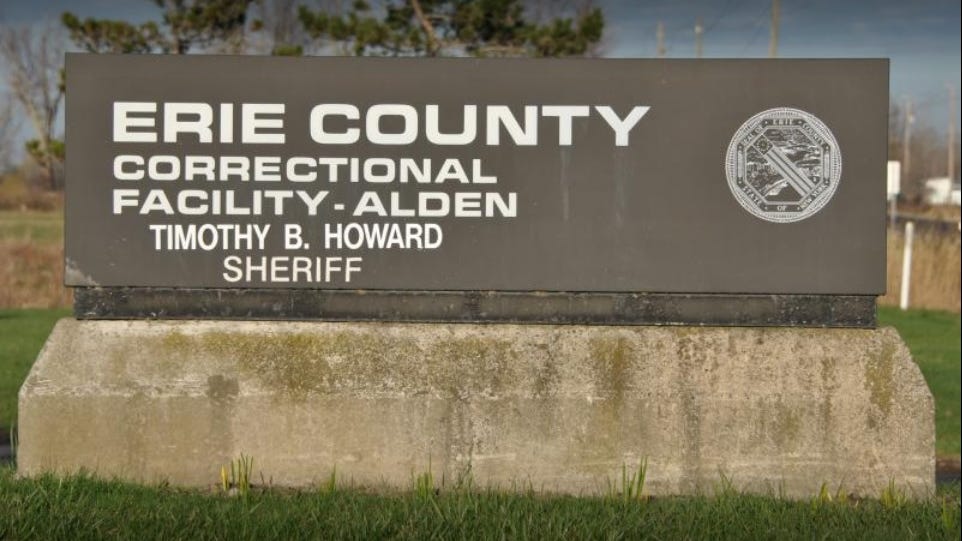 Troen says don't be quick to indict the nursing home operators. "A nursing home population is often comprised of people who have cognitive impairment where they're not able to remember things is a difficult population to work with because people may not be able to follow the kinds of guidance the CDC would like such as social distancing, washing hands and wearing masks," explains Troen.

He says it's not surprising once the community rate increases, even in the best nursing homes, there's an increased risk of spread in nursing homes. "A nursing home is challenged to maintain staffing. We know nursing home staffers work very hard, even having more than one job in different long term care facilities, so it's part of our community effort to stamp down rates in our community to protect vulnerable populations," says Troen.

Troen says there's some light at the end of the tunnel with vaccine progress. "The very preliminary data show this vaccine will be effective in older adults not only from a standpoint of protecting them from infection, but even if the person gets infected, reducing the severity of the illness," says Troen. "With vaccines on the horizon, many nursing home residents will have vaccines made available to them and we'll be able to expand. Then, we could get to the general community by next spring, and then we can all be protected." .