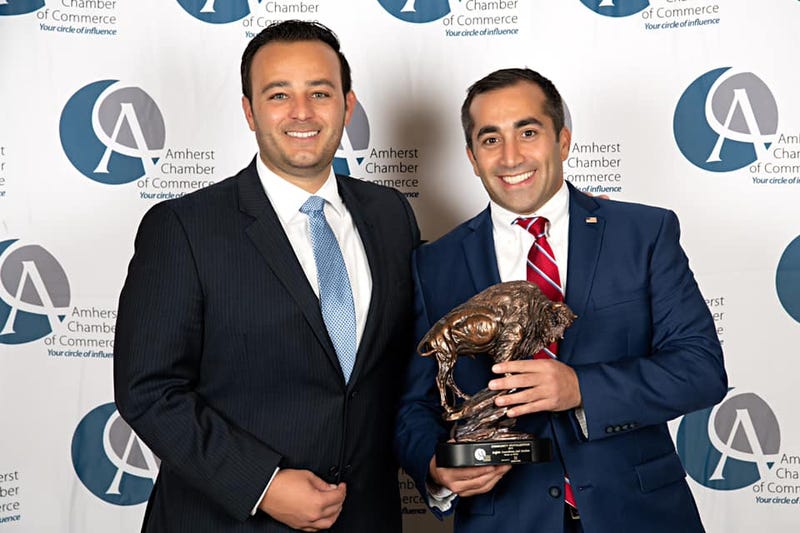 The city lawmaker said he took a test last Wednesday at the state testing site on Perry Street and learned he was positive for the disease on Friday morning.

Some of his symptoms included a sore throat and body aches, which thought may have been due to a 100-mile bike ride he recently did in Chautauqua County.

"They certainly could have been (from the bike ride)," he said. "or they could be COVID related. I'm not certain. As of now, I'm feeling fatigued and I can't taste or smell anything. I'm still eating food and cooking in the house, but whatever I eat just doesn't have any taste to it."

His fiancée also received a positive case. Both in isolation.

Feroleto said he will not return to work or go out into public until he receives two consecutive negative results. His staff at Buffalo City Hall will take over his duties in the interim.

One of the biggest surprises for the councilman was that he received a positive result despite not having a fever. He wants others to be aware that they too could carry the virus even if they don't have a fever.

"I think it's so important for people to get tested and pay close attention to any of the potential symptoms," he said. "Someone could have coronavirus and be asymptomatic. They could have minor symptoms. They could have symptoms that are different than the normal temperature that most people seem to be getting and could still be carrying it and passing it along to other people. Just because you don't have a temperature doesn't mean you can't be asymptomatic. I'm relieved that it appears I haven't spread it to anyone that I've been in contact with."

Feroleto urges people to be cautious and to get tested.

The Delaware District councilman is not the first city lawmaker to contract the virus. Common Council President Darius Pridgen contracted the disease in March and has since recovered.