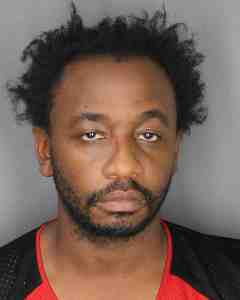 BUFFALO, N.Y. (WBEN) - A Buffalo man is now facing murder charges after he allegedly killed his girlfriend's baby at a home on Hirschbeck Avenue in Buffalo last week.

Robert Dumas was charged with the murder of 17-month-old Simone Calhoun, who was beaten and shaken last week. The girl was taken off life support on Saturday.

Robert Dumas has now been charged with second degree murder after a 17 month old girl was beaten last week. The girl was on life support when Dumas was charged with assault. Simone Calhoun died on Saturday after being taken off life support. Dumas is no longer bail eligible. pic.twitter.com/r0Li5shdo3

Dumas, 35, was arraigned last Thursday and was initially eligible to post bail. Because he is now charged with murder, he is remanded to jail.

Erie County District Attorney Flynn said there was a timeline of abuse which dated back to August 1, around the time Dumas regularly saw and cared for the girl.

"Exactly how it was performed, I'm not going to get into," Flynn said. "The autopsy revealed the cause of death was blunt impact to the head."

After the last beating on September 15, Flynn said Dumas and Calhoun's mother took the girl to Oishei Children's Hospital.

Dumas will be back in court on Monday morning. Flynn said the mother is not being investigated.