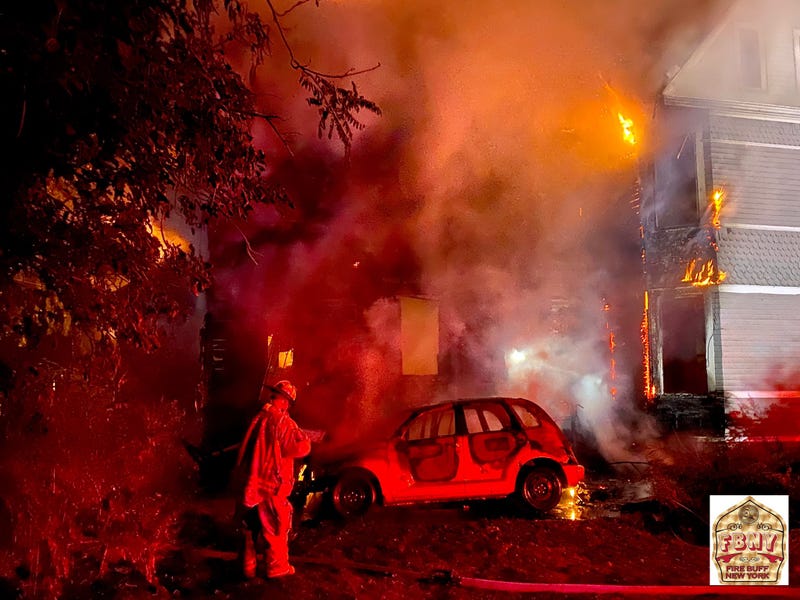 Firefighters discovered the victims on the third floor as they battled the blaze and say the victims were a 28 year old woman, 25 year old man and a one year old girl.

NOW: Buffalo Fire Commissioner Bill Renaldo announces the victims of last night’s fire on East Utica were a 25-year-old male, 28-year-old female, and a 1-year-old child. Names are not being released at this time out of respect for the victim’s families. @NewsRadio930 pic.twitter.com/IVxQv2BIpw

Renaldo says the building was a multi-unit residential structure and the initial fire call came in shortly after 2 am. The cause of the fire is still under investigation, though it appears the fire started on the exterior of the building, as there was a car on fire in close proximity.

"Obviously it's a tragic event," said Renaldo. "Everyone is affected differently. We had our Department Chaplain at the scene, Fr. Paul Seil, and we have grief counselors available. Some people are able to internalize it. Others can tuck it away. Everyone reacts differently," he said.

Firefighters faced a number of difficulties at the scene. "The configuration of the structure for one," said Chief Renaldo. "It was a front to rear duplex with residences on the first, second and third floors. The staircase to the third floor was compromised as well."