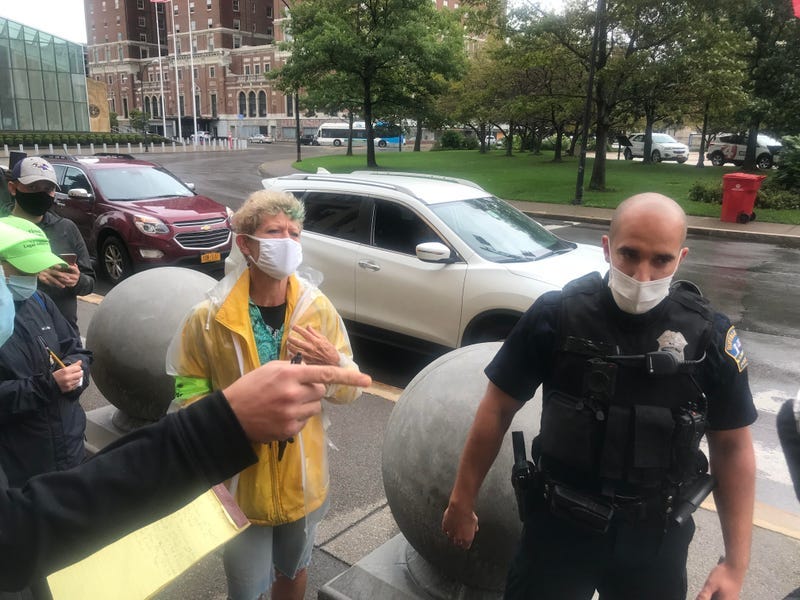 Buffalo, NY (WBEN) Last week, Buffalo Police made a change in uniform policy requiring officers to only display their badge number, and not their name. That's not going over well with community activists.

"I'm very concerned and disturbed about a lack of accountability that is in some way increasing when violence everywhere is increasing," says Vickie Ross of the WNY Peace Center. "Numbers are obscuring who we're talking about. The public servants, to quote Bob Dylan, who have a license to kill, need to held to strict standards of accountability."

"I think the community has been demanding reform, and this is reform in the wrong directions," says community activist Myles Carter. "A huge push for Buffalo has been to identify the police officers who are committing the atrocities because everyone in the country knows police brutality is a live and real thing, and it happens here in Buffalo. So the fact people are identifying the officers in Buffalo is why the mayor made the switchover to making sure nametags were no longer required because they're doubling down and protecting the police under the Blue Lives Matter mantra." Carter says he's not overly concerned because there is a full list of badge numbers which he can use to identify those accused of wrongdoing.

A new AP-NORC poll shows 44% of Americans disapprove of protests in response to police violence against Black Americans, while 39% approve. In June, 54% approved. The new survey was conducted Sept. 11-14, before Wednesday’s announcement that a lone Louisville police officer would be charged in the Taylor case, but not for her actual death.

Both say it's not the case here. "Here in Buffalo, there are a lot of people who are coming out and listening to the message and we're gaining support day by day," says Carter. "There might national support dying down for the movement, but here, we're doing everything to do to make the sure the message is out there to get support for the changes we need."

"What I have experienced is people are supportive," says Ross. "What I see being along side them in many of these recent protests, is that they are very supportive because this has been the elephant in the room for a long time. Racism is deep."