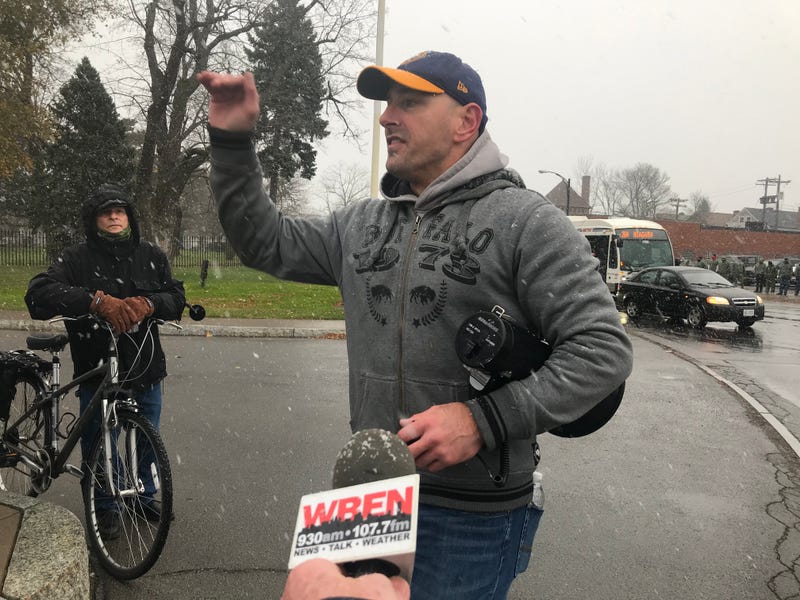 BUFFALO, N.Y. (WBEN) - A Cheektowaga man who told WIVB he tried to light media equipment on fire as a "symbolic gesture" outside the U.S. Capitol last week was arrested by the FBI on Wednesday.

Pete Harding was arrested at about 4 p.m. at a friend's home in Elma, one day after the FBI released a poster that linked him to the pro-Trump rally that turned into a breach of the Capitol on Jan. 6, WIVB-TV reported.

WBEN has confirmed Harding will appear in federal court in Buffalo Thursday and the FBI told WBEN they searched a home in Cheektowaga on Wednesday morning. WGRZ reported the home that was searched was that of Harding.(photo below)

The charges against Harding are unclear at this time and will be formally presented at an initial appearance on a criminal complaint in court Thursday.

He told the WIVB last week that he did not mean to be a threat when igniting the equipment.

His attorney, Jason DiPasquale, told the TV station that the charges his client faces are unclear. Harding is expected to appear in federal court in Buffalo on Thursday.

“Not only was he there with the intent to protest peacefully, he entered the building peacefully under the permission of Capitol Police who let protestors in,” DiPasquale said.

The day after the violence, Harding, who frequently posts videos on Facebook, was on the site for more than an hour, during which he admitted being inside the Capitol, “walking right past Capitol police,” he said.

“If we can take the Capitol building, there is nothing we can’t accomplish,” he said. 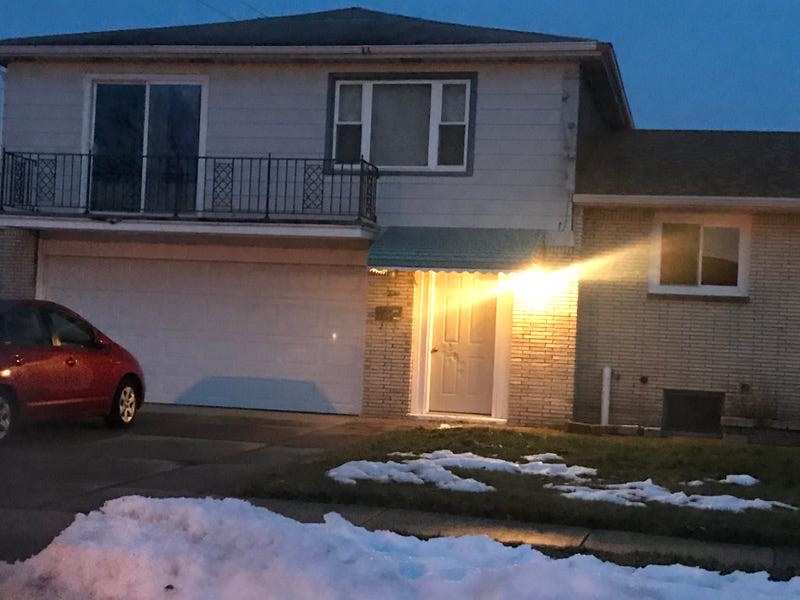 The search and arrest is just a small part of a wide-ranging investigation that spans the entire country and involves more than 100,000 pieces of digital evidence.

Nearly a week after the riot, officials said they were combing through mountains of evidence and vowed to aggressively seek out those who perpetrated the brazen attack on the U.S. Capitol. Though most of the charges brought so far have been misdemeanors, acting U.S. Attorney Michael Sherwin said Tuesday the Justice Department was considering bringing sedition charges against some of the rioters, effectively accusing them of attempting to overthrow or defeat the government.

“This is only the beginning,” Sherwin said. “We’re going to focus on the most significant charges as a deterrent because, regardless of it was just a trespass in the Capitol or if someone planted a pipe bomb, you will be charged and you will be found.”

The Justice Department has created a specialized strike force to examine the possibility of sedition charges, which could carry up to 20 years in prison. Officials said they were utilizing some of the same techniques in the riot probe as they use in international counterterrorism investigations, examining the money flow and movement of defendants leading up to the breach. Senate Minority Leader Chuck Schumer, a New York Democrat, called for the rioters to be added to a no-fly list, a tool most commonly associated with terrorisms investigations.

The statements by FBI and Justice Department officials on Tuesday were intended as both a defense of federal law enforcement preparations before the deadly riot and as a warning to participants. But they also raised new questions about the coordination across agencies for the Jan. 6 riot, which was sparked by Trump’s calls for his supporters to fight Congress’ vote confirming President-elect Joe Biden’s victory.