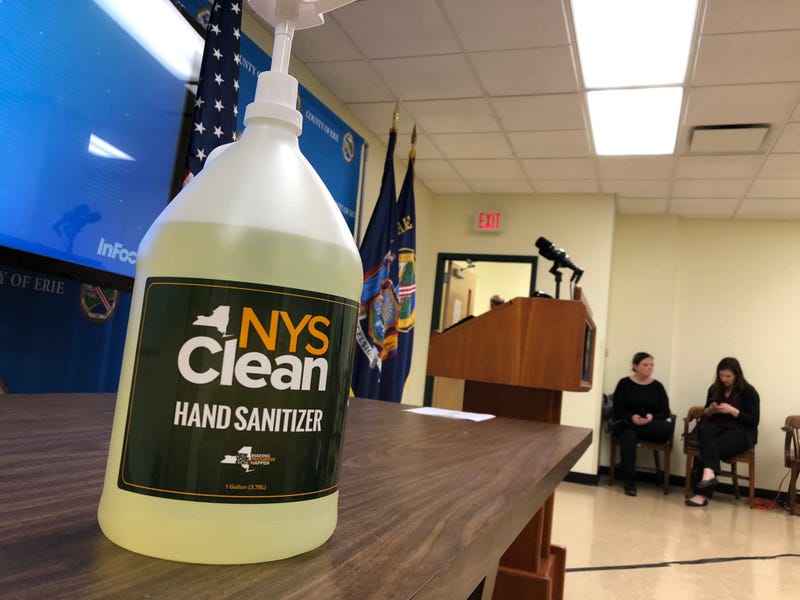 "The CDC as recently as last week reversed themselves because of political pressure," Hochul said. "They said they believe the virus can be aerosolized and all of the sudden we know there is undue pressure from someone local like (Health and Human Services Spokesman) Mike Caputo. We had evidence of that. Next thing we know, they change their positions and say 'No, we don't really think it can be, so don't worry about it.' When you hear information like that coming out of an organization that you'd like to think is immune from political pressure but comes out we had people like Michael Caputo and others who are changing data and putting pressure on scientists, then we cannot trust it."

Cuomo said last week the state intends to review the vaccine with a group composed of scientists, doctors, and health experts. The Clinical Advisory Task Force will review every vaccine authorized by the federal government for distribution. The task force is "charged with designing the best COVID-19 vaccination administration program in the nation".

Aside from doctors and health experts, another committee that will examine the vaccine includes people such as SUNY Chancellor Jim Malatras and state budget director Robert Mujica, both of whom are Cuomo-appointees.

Vaccinations for coronavirus could begin as early as November, according to Dr. Anthony Fauci. He also said it's unlikely that politics will play a role in the approval of a vaccine.

"I trust the career scientists of FDA," he said. "and I certainly trust the commissioner of FDA."

FDA Commissioner Stephen Hahn assured the agency would not authorize a vaccine before it has met the requirements for safety and effectiveness.

Still, New York State is insisting on its own investigation.

"(Doctors) can do their very best," Hochul said. "I know that they're under pressure because it's been documented. I've seen evidence where they've reversed themselves, these very same doctors that we want to believe and respect...We cannot turn a blind eye to the fact that we've seen them change the data, change the outcome, downplay the significance of this, downplay masks, and do things that we in New York do not think are in the best interest of health."