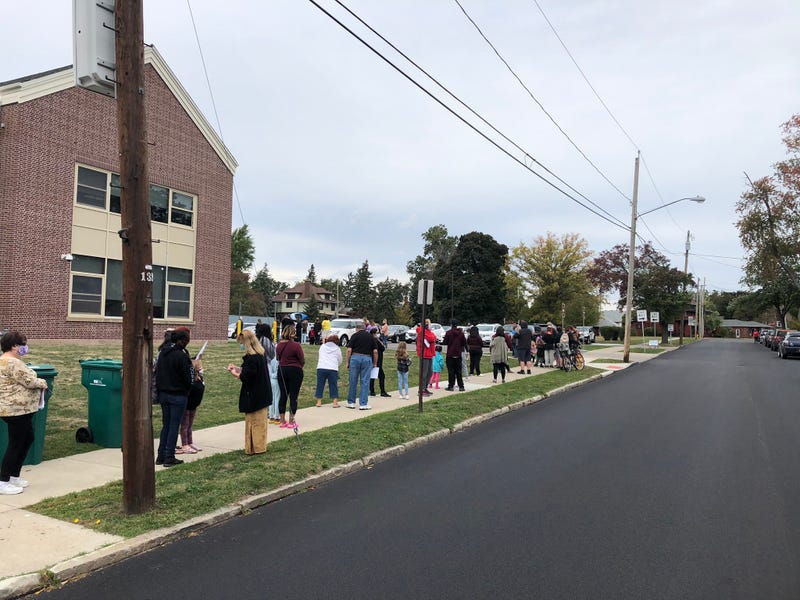 "We had originally hoped to reopen Maple Avenue school next Thursday, but that will be delayed based on (Wednesday's) findings," Superintendent Mark Laurrie told reporters Thursday morning.

Mark Laurrie, Niagara Falls Schools Superintendent, said one staff member with coronavirus at Maple Avenue Elementary led to the shutdown on Monday. There were over 200 tests taken Tuesday. Results are expected to come back today. He said no students have yet diagnosed. pic.twitter.com/0JVcZU2R5h

As of late-Thursday morning there have been no reports of students who have contracted the disease.

"We have had to quarantine a number of staffers and students as a result of that," Laurrie said.

Education continues at Maple Avenue Elementary under a fully remote model. Laurrie said remote learning there is "very strong" as most of the 347 students at the district are equipped with devices to accommodate online learning.

The district is expected to learn the results of the roughly 225 diagnostic tests that were conducted by the end of the day Thursday. They will also learn the results of an additional 120 rapid tests on Thursday. Once those results come in, Laurrie said he'll wait at least two weeks to reopen the school but was not committed to a 14-day window.

Laurrie said other schools should not expect a similar shutdown in case there is a positive case discovered.

Some parents on Tuesday told WBEN they wish the school began the year under a fully-remote model. Laurrie said he is not second-guessing the decision to begin the year under hybrid learning.

"We made a decision that when the mental health and support systems of kids outweigh the dangers of this COVID virus, then I'd bring kids back with all the precautions and safety we could," Laurrie said. "I think the right place for kids to be is school but I'm not going to be cavalier or reckless with their health and welcome them back too soon or change course. I think we have everything in place."

Laurrie said if they had to take extreme precautions like giving kids Plexiglass shields, he'd opt not to have kids in the school.

"That's not right," he said. "I felt we had enough precautions, enough PPE, enough cleaning, enough cooperation, enough social distancing, enough classroom space, and enough protocols to bring them back. I don't second guess it at all."

Laurrie said the district is looking into getting their own rapid testing equipment through a vendor. However, he said it's been difficult to procure the equipment because they're being sold mostly to health departments. It said they would cost about $2,500.