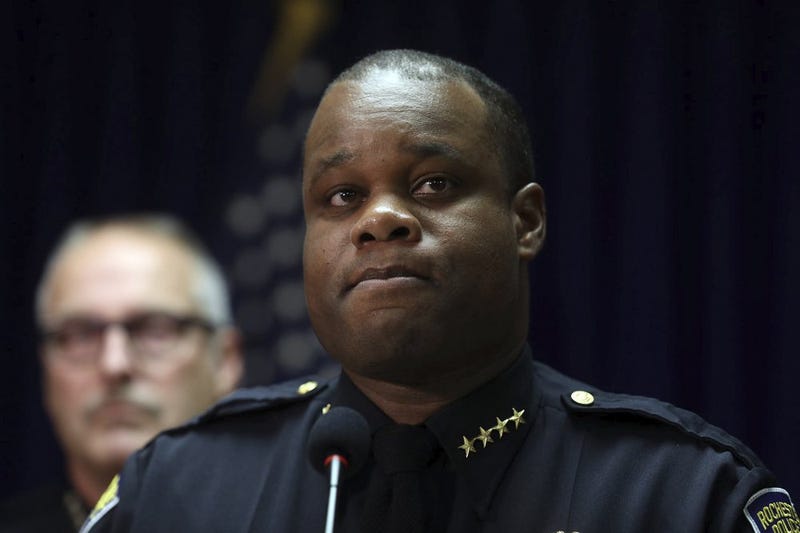 ROCHESTER, N.Y. (WBEN/AP) — Rochester’s outgoing police chief Thursday defended his officers’ response to protests over the suffocation death of Daniel Prude, which included the use of pepper balls.

Police Chief La’Ron Singletary and his command team responded to occasionally pointed questions from members of Rochester’s city council during an online briefing. There have been protests in Rochester for a week over the death of Daniel Prude, a 41-year-old Black man who died several days after being restrained by police March 23.

Protests in recent nights have been relatively peaceful. But at a rally Saturday night, protesters and some elected officials reported officers fired pepper balls at close range, hitting people.

Singletary, who abruptly announced his retirement Tuesday along with three other leaders of the force, said Rochester Police Department officers have to protect themselves when protesters become aggressive.

Protests started after police body camera video of officers handcuffing and putting a “spit hood” on Prude while he was naked on the ground and then restraining him was released last week by his relatives.

Mayor Lovely Warren told council members she hopes to get an interim chief in place to serve through next June before Singletary retires at the end of the month.

She said a national search for a permanent replacement did not make sense right now.

“I don’t think that we would get a person that would come at this point in time,” she said.