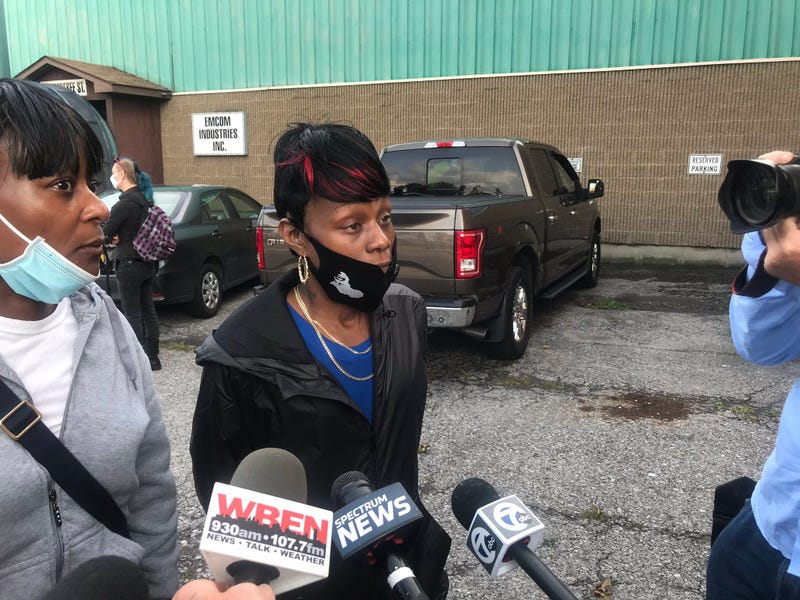 The mentally troubled man who was shot in the stomach by Buffalo Police Saturday is now in stable condition at ECMC and the man’s family wants the officers involved removed from the force.

The daughters of Wille Henley say police were aware of the troubles their father encountered and that the protocols used by the police on Genesee Street Saturday didn’t work.

“The protocol that they took was not necessary, they did not have the proper training,” said Iesha Henley along Genesee Street late Sunday.  Henley, along with another daughter of Wille, Monique, spoke with reporters as an angry Black Lives Matter demonstration was beginning to call out the Buffalo Police for the shooting.

“That protocol failed us as his family,” said Henley. “You are here to protect and serve and you failed us.”

Wille Henley was reportedly on the street swinging a bat when police arrived in response to a mental health call on Genesee Street near Ellicott Saturday. Officers attempted to control Henley, using pepper spray at times and ultimately fired shots after Henley struck one of the officers with the bat and threatened to repeat. 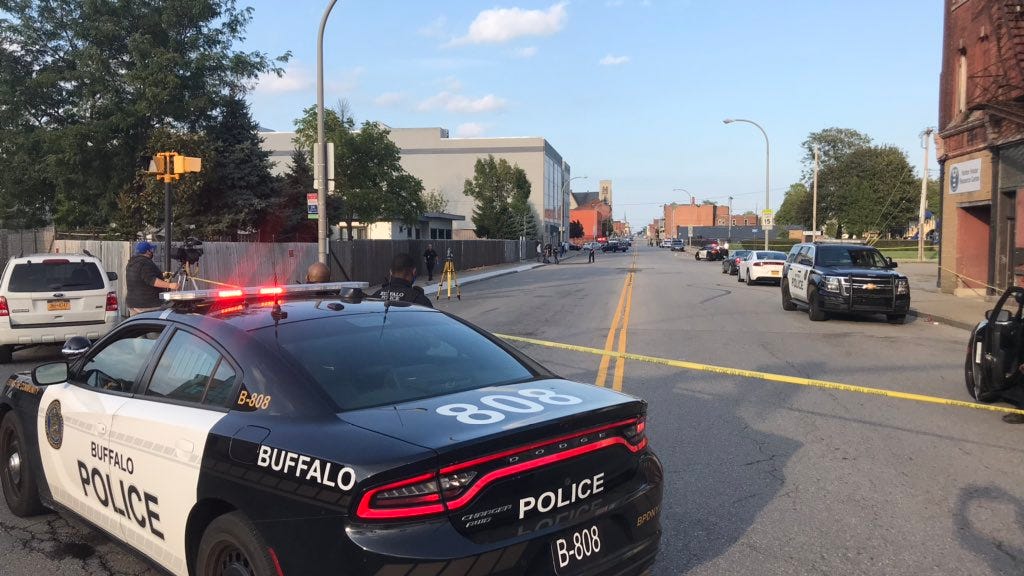 “Everyone that knows him knows he’s not a bad man,” said Monique Henley, another daughter of Wille Henley.  “You all could have tackled him down instead of shooting him”, Henley said.

Police say they are reviewing body camera footage from the incident and the family says they would like to review it as well.

The family of the 60 year old #Buffalo man who was shot by #Buffalo Police is here and asking for support. They say their father has mental health issues and is now fighting for his life. pic.twitter.com/3LBHOgc0pP

The shooting incident Saturday sparked a large and noisy demonstration late Sunday that began where the Henley incident ended, at Genesee and Ash streets, just east of Michigan Avenue in the shadows of downtown Buffalo.  The demonstration, hundreds strong, marched up Genesee Street and weaved its way past police headquarters in Niagara Square and paused for a lengthy series of speakers outside the B district police precinct at Main and Tupper.

The main theme of the noisy demonstration was summarized in a loud chant that repeated along the lengthy march, “Defund the Buffalo Police and refund the community.”

A noisy Black Lives Matter March is now underway up Genesee Street in Buffalo on the day after Wille Henley was shot by...

Community activist Myles Carter spoke at length to demonstrators outside the precinct and called for a number of measures to be adopted by the police, including the end of police responding to mental health situations, investigating their own incidents of violence and for the termination of a long list of officers for actions he termed ‘racist’. 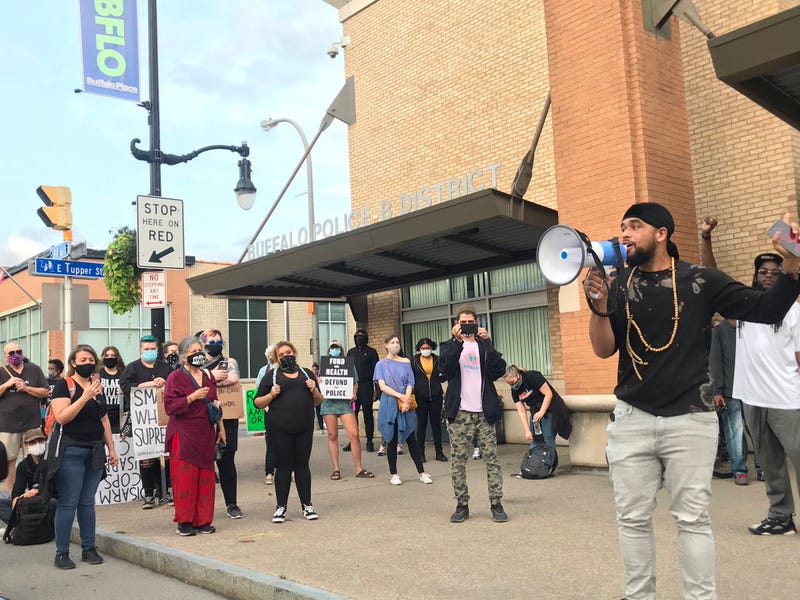 Myles Carter speaks to the crowd outside Buffalo Police B District

Demonstrators marched back to Genesee and Ash where they vowed to the Henley family they would continue their efforts every day and seek justice for Wille Henley and permanent change to policing protocols in Buffalo.