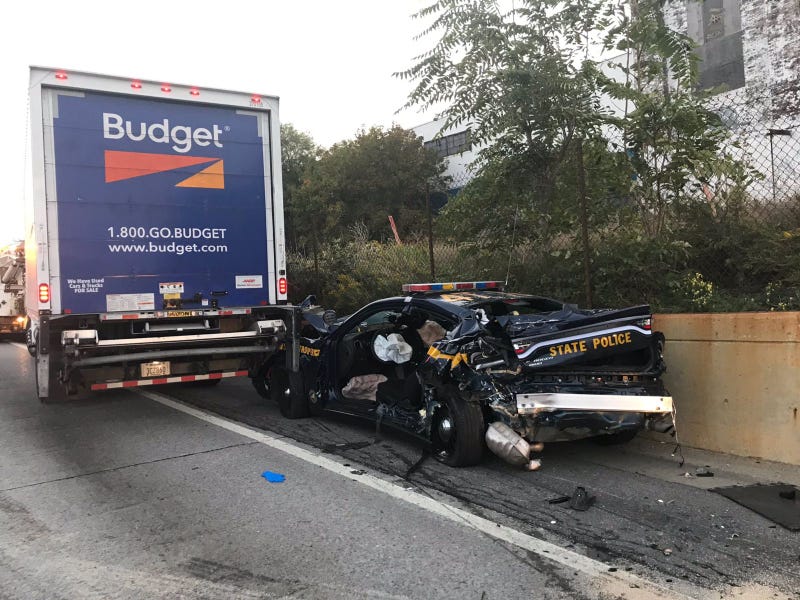 BUFFALO, N.Y. (WBEN) - New York State Police identified Trooper Randi L. Murphy-Motley as the officer who was seriously injured on I-190 over the weekend.

Murphy-Motley was sitting in her patrol car behind a rental truck on Saturday with her emergency lights on when her car was struck by a Chevy Tahoe. The accident forced her car to be pushed into the rental truck.

The officer was taken to ECMC with serious injuries but has since been released. Police did not say specifically what her injuries were.

The Tahoe that struck Murphy-Motley's police cruiser was driven by 25-year-old Devere D. Thomas. Karmella M. Hutcherson, 19, was the passenger in the Tahoe. Both were taken to the hospital with minor injuries.

Murphy-Motley was at the scene because of an unrelated accident and awaiting a tow for the rental truck. She is an 18-year veteran of the police force.