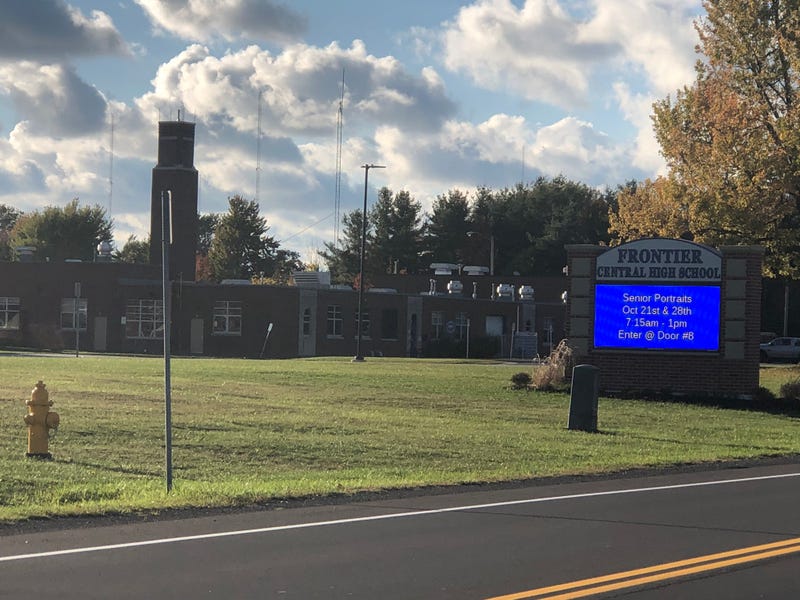 HAMBURG, N.Y. (WBEN) – The Frontier School Board will meet Tuesday and formally acknowledge a push by teachers to have Dr. Richard Hughes removed as the district superintendent after a vote of “no confidence” last week by the teacher’s union

In a letter written by the Frontier Teacher’s Association, teachers said they are no longer confident in Dr. Hughes’ ability to lead this district.

The school board will meet Tuesday for the first time since the announcement. pic.twitter.com/ztSwrGVk1p

“The damage caused by his actions was wholly avoidable and is irreparable without a change in leadership,” the letter, dated October 2, reads. “We ask that the Board of Education take immediate action to protect the students, staff and community and to begin the process of repairing the damage.”

Hughes did not respond to WBEN’s request for comment.

The most glaring concern, according to the head of the teacher’s union, is the educators ability to teach remote students at the same time as those who are in the classroom.

“As teachers, we feel very uncomfortable with the education they’re getting,” FCTA President Amber Chandler said. “But the system that’s been put in place does not allow us to do anything else. We don’t have the right equipment. We don’t have cameras. We don’t have mics. When they are getting these live streams, they’re poor quality. It’s just not how it’s supposed to be and it was never going to be that way.”

They claim Dr. Hughes failed to plan appropriately for the school year.

“Either Dr. Hughes knew that he was going to force teachers to teach remote students with no training or time to prepare OR he was so removed from any plan that he didn’t even know what was happening,” the letter read. “This means he either lied to the public or failed to properly plan for an entire student population.”

Teachers also allege that Hughes misled the community with contradictory and misleading information in parent forums. For example, they accuse him of giving “ill-advised” advice such as allowing students to bring their own disinfectant wipes to school. The letter also said there was a lack of preparation to support the instructional model that was chosen.

“Parents made important decisions based on inaccurate, misleading information, and the anger, sadness, and frustration felt by Frontier families is completely justified,” the letter said.

Teachers also claim the superintendent is refusing to work with his own team and allege he did not communicate with other district personnel on situations such as compensation options. They also said he is failing to lead the district and cited multiple issues facing the district including synchronous and asynchronous learning, problems with the Bloomz app, overcrowding remote sections at the middle school, and more.

The board of education is aware of the vote of no confidence by the teachers. Board President Davis Podkulski issued the following statement over the weekend.

“The Frontier CSD Board of Education has received the communication from the Frontier Central Teacher Association President reporting that the FCTA’s membership adopted a vote of no confidence in the District’s Superintendent of Schools,” the statement reads. “The Board will always value and fully consider any input from District stakeholders, and will carefully evaluate the issues raised by the FCTA.  The Board is also fully committed to moving the District in a positive direction and providing a quality, equitable education to each of the District’s 4,600+ students.  This is, without doubt, a time of unprecedented challenges.  The Board wants to assure our community that it will remain solely focused on acting in the best interests of the District and its students as we move forward.”

Chandler said teachers told Hughes as early as May that there needed to be a reopening committee to address concerns.

“Other districts have figured this out,” she said. “Other districts made contingency plans if the governor does this, we’ll go this way…A lot of it feels like we’re continually kicking the can down the road. Then, September got here and there weren’t plans in place that needed to be in place…Frontier is not the only school district who is living under Cuomo, everyone is. There’s frustrations and difficulties. There are lots of places in Western New York who are doing this right or at least doing it better. Right now what we have is not adequate or sustainable.”

She asked the board of education to act on the teacher’s vote of no confidence and said she will be disappointed if they don’t.

In addition to the union’s call for Hughes’ removal, a change.org petition has also been posted with the same goal.