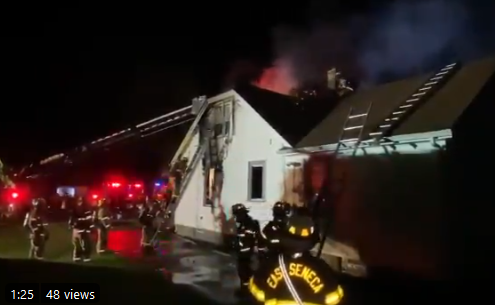 West Seneca, N.Y. (WBEN) - An early morning fire has claimed a life in West Seneca. East Seneca and multiple other companies responded to the fire call shortly before 5am at 4422 Clinton Street in the town.

When fire and police crews arrived on the scene, the house was engulfed in flames and the fire was declared under control by 5:30am.

One victim was located inside the home by firefighters and was transported to South Buffalo Mercy Hospital where he was pronounced deceased.

Clinton near Borden was closed for a time and has since been reopened.

The cause of the fire has not yet been determined.