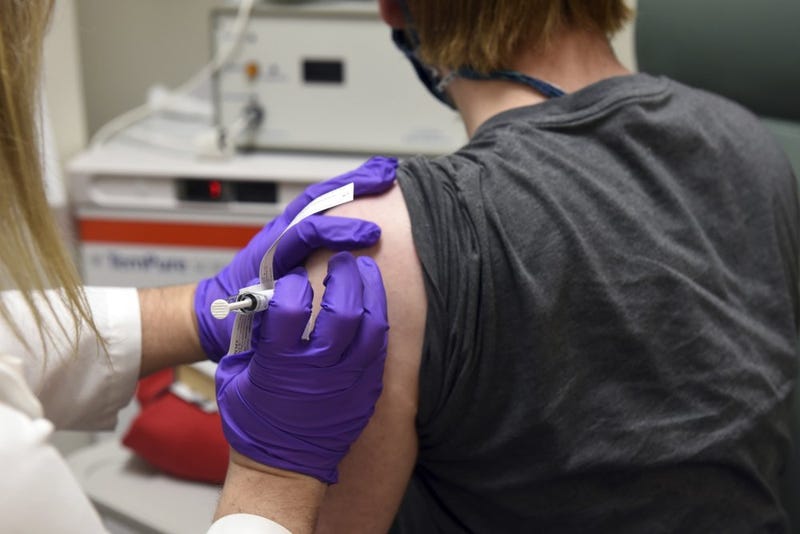 The state expects to receive 170,000 doses of Pfizer’s vaccine by Dec. 15, if the pharmaceutical company gets the federal government’s OK to make it available to the public on an emergency basis, Cuomo said. 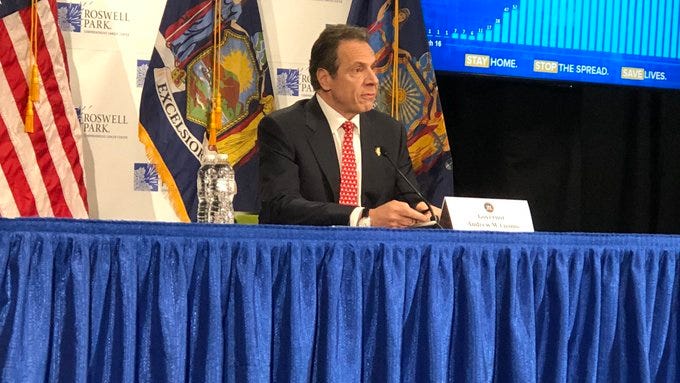 The Democrat said New York expects at a later date to receive at least 40,000 more doses of a vaccine made by Moderna, if it gets federal authorization.

Remaining doses could then go to New York’s next priority: congregate care facilities and then some of the roughly 600,000 health care workers who treat patients in emergency rooms and intensive care units.

Cuomo said New York is awaiting the next step from the U.S. Food and Drug Administration, which is expected to consider this month authorizing emergency use of two vaccines made by Pfizer and Moderna. Each requires two doses, and it’s estimated that at most 20 million doses of each vaccine will be available by year’s end.

Erie County Executive Mark Poloncarz said there's roughly 4,000 nursing home residents in the county, though he's not quite sure what the distribution logistics will look like on the first rollout.

Both Cuomo and Poloncarz made similar mentions that distribution of this vaccine will simply be a gargantuan and relatively unprecedented undertaking by federal, state and local governments.

"This nation had done about 130 million COVID tests over the past nine months - we have to do 330 million vaccines...twice," said Cuomo. "This state, more testing than any other state in the United States, we have done just about the population of the state, doing everything we could, and that's taken us nine months."

New York, like other states including California, has launched a task force of scientists and health experts who will review the vaccines for safety and efficacy and to ensure public confidence. Cuomo has said their review won’t delay distribution.

The governor launched another task force to come up with a plan to distribute it, and has called for more federal funding to cover the vaccines’ estimated $1 billion cost.

“This virus is the greatest public health threat our country has faced in most of our lifetimes and the governor’s announcement today acknowledges that our residents and dedicated health care workers are on the front line of this pandemic,” said Stephen Hanse, president and CEO of the New York State Health Facilities Association and the New York State Center for Assisted Living.

And the leader of the state’s hospital industry agreed: “I strongly agree that this is the appropriate prioritization of the first doses, with hospital staff and other health care workers not far behind,” Greater New York Hospital Association President Kenneth Raske said.

The number of people hospitalized with the virus statewide now stands at about 3,900, up 78% from two weeks ago. New York hospitals and nursing homes reported nearly 400 deaths over the past seven days.