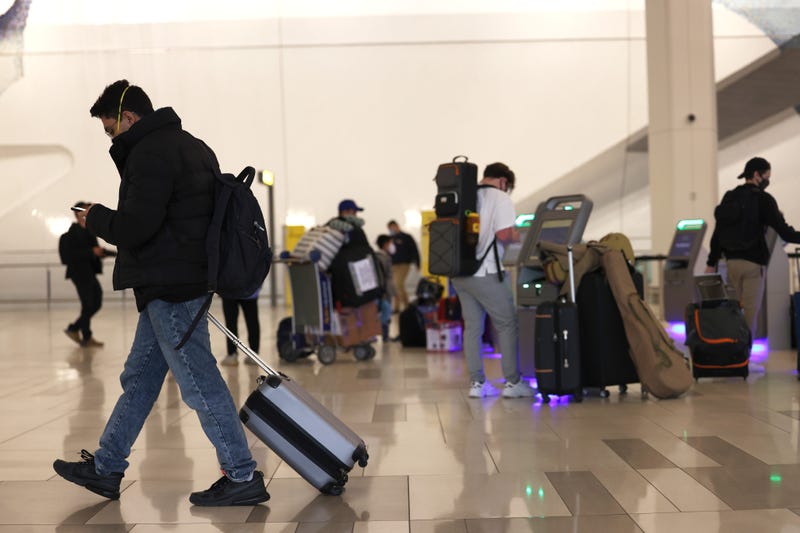 A man walks past people using kiosks to check in for their flights at LaGuardia Airport on November 25, 2020 in Queens. Photo credit Michael M. Santiago/Getty Images
By Adam Warner

The state reported 6,933 new cases, a day after it surpassed 6,000 daily cases for the first time since late April.

Hospitalizations surpassed 3,000 for the first time since early June, rising by 74 to 3,056 on Thursday. That includes 468 newly admitted patients.

The number of patients in intensive care rose by 32 to 628, while the number of intubated patients rose by 9 to 286. 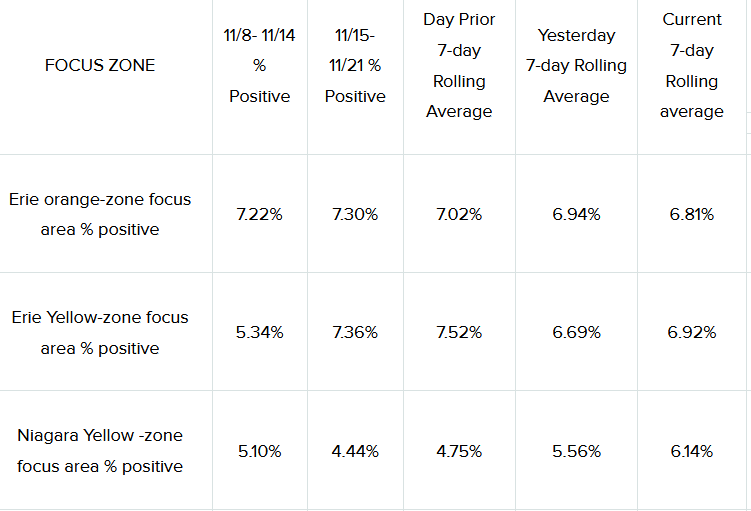 Total hospitalizations are at 3,056.

Cuomo said the state was bracing for a post-Thanksgiving surge in cases but it’s not yet clear “how bad the increase will be” after people travel and host holiday gatherings.

The governor said the state was working on a “winter plan” in anticipation that a nationwide surge is “going to continue and probably worsen in the winter.”

“This virus has phases. As the phase changes, your plan should change,” he said.

Those elements include: sticking with the micro-cluster approach that targets the spread and minimizes the economic impact, while factoring in local hospitalization rates and the availability of hospital beds; keeping schools open by “setting a safe positivity rate” and doing “a sustainable testing rate in the schools”; developing a vaccine distribution plan that “does it fairly and effectively and prioritizes the vaccines in the most judicious way.”