A protest is underway in Orchard Park as business owners demonstrate over state lockdowns. Robby Dinero of Athletes Unleashed, Inc. said this is about their freedoms.

ORCHARD PARK, N.Y. (WBEN) – More than 200 people demonstrated in response to the state’s ongoing restrictions on businesses under the state’s micro-cluster initiative.

“We are protesting the lockdowns,” Robby Dinero, owner of Athletes Unleashed, Inc. in Orchard Park. “Freedom brings us out here.”

Robby Dinero, the owner of Athletes Unleashed, tells WBEN that this protest today is about one thing: Freedom. They’re protesting the continued lockdown and he said they’re not able to get customers and because of the shutdown, they can’t replace them. pic.twitter.com/zf1wHgcloy

The protest comes just days after a video of a confrontation between Erie County health officials and Dinero’s business on California Road drew national attention. Dinero said he has lost membership at his gym due to the state’s limitations.

“My business was closed Friday and I chose to have a protest in my business,” Dinero said. “They chose not to stop protests any other time.
They aren’t going to stop my protest…It’s easy to show up to a peaceful protest with law-abiding citizens, or so they thought. We just happen to know the law is on our side and we sent them packing.”

Robby Dinero, the owner of Athletes Unleashed, tells WBEN that this protest today is about one thing: Freedom. They’re protesting the continued lockdown and he said they’re not able to get customers and because of the shutdown, they can’t replace them. pic.twitter.com/zf1wHgcloy

He said the decision to have the protest outside on Monday was because he wanted to protest “wherever the hell I wanted.”

Another business owner who was at Monday’s demonstration was Lisa Pliszka, who owns Elle Salon in Amherst and Hamburg. She has 14 employees, some of whom are single moms.

“Shutting us down stops our income,” Pliszka said. “It’s our livelihood. We’ve worked very hard doing all the precautions and following the guidelines, even beyond some of the things they’ve asked us to do. We feel a bit slighted where it comes to cutting us out of the pie instead of trying a different way. We just want our voices to be heard and let people know we can’t go virtual. We’re a skilled trade.”

One of her employees, Faith Reiford, said they have had no coronavirus cases after dealing with nearly 3,000 customers.

“People were safe and it’s just really sad knowing we have to shut down knowing the numbers aren’t coming out of salons,” Reiford said.

During his news conference on Monday afternoon, Erie County Executive Mark Poloncarz said there was body camera footage of the Friday encounter between the gym protesters and the health department.

“I would just hope people realize that our dedicated civil servants, whether they’re sheriff’s deputies or Erie County Health Department sanitarians, are just doing their job,” Poloncarz said. “They would much rather not have to go to a location like that but they have laws to enforce. This is all about saving people’s lives. It’s all about public health. It’s not about power or control or politics. It’s about saving people’s lives…This is not political.”

Dinero encourages other businesses to fight for their freedoms and tell the government that their wrong.

“The legal route only gets lawyers rich,” Dinero said. “I’m winning this in the court of public opinion.” 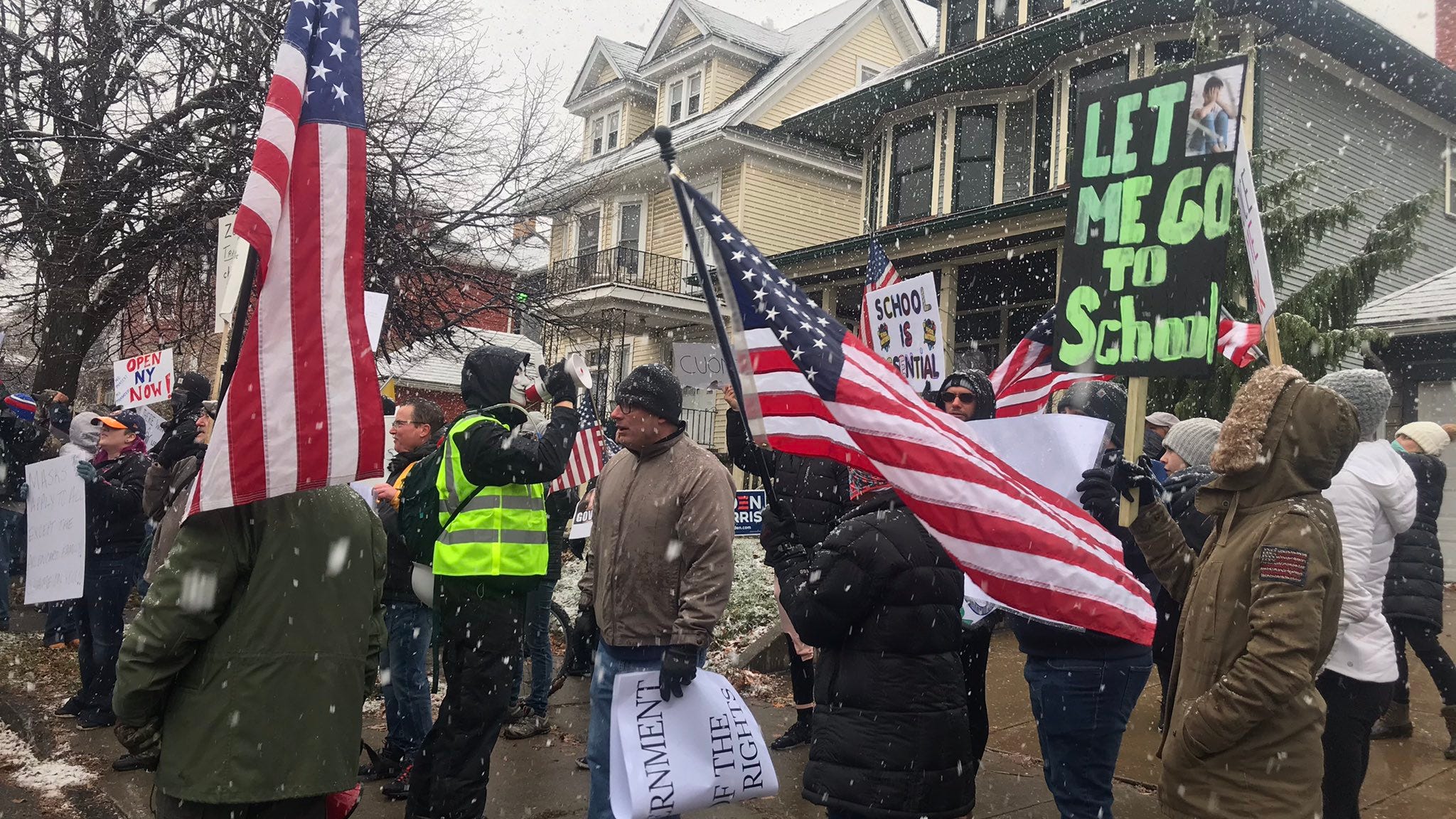