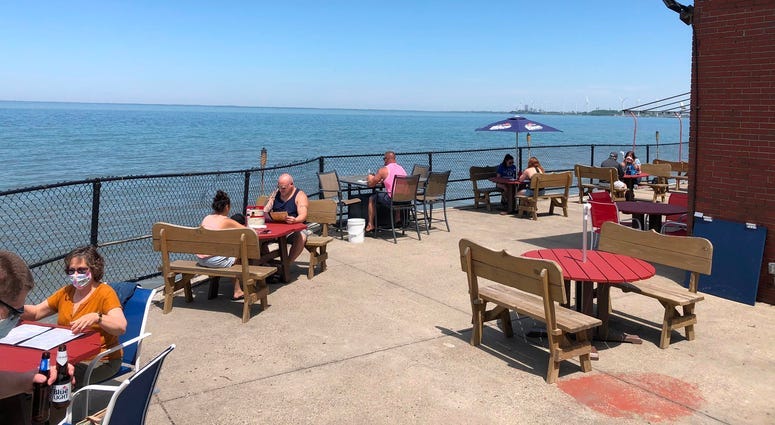 BUFFALO (WBEN) - While the record-breaking heat and expansion of outdoor dining certainly helped some restaurants within the region's struggling industry this summer, time to take advantage is already running out.

"We're seeing 30's and 40's on the news now - that's not, 'Oh, I'll wear a sweater weather,'" said Nick Pitillo, owner of Osteria 166 in Buffalo, who said they're trying to hold on to patio season by their fingernails. "We'll be ready when people are wanting to sit outside, but we're absolutely in full force figuring out ways to maximize our indoor (usage)."

Pitillo noted that they're working with Professional Plastics in Orchard Park to customize dividers that can be set up between people or groups of people at the bar, as well as in between booths.

"You see those two tables right there - I can't seat both of those currently, but if I had a plastic wall between them, I can," said Pitillo.

For Britesmith Brewery owner David Schutte, outdoor dining has been a tremendous asset to the business, but now he's trying to figure out ways to extend the willingness to eat or drink outside as temperatures continue to drop.

"We already anticipated the cool weather coming, so we were able to install permanent fixed heaters under the bar roof in the outdoor beer garden," said Schutte. "We also purchased several stand-up heaters for our outdoor open area, so that's already given us a little life beyond the summer."

Last week, there was a proposal in the Erie County Legislature to use $1 million of the remaining federal CARES Act funding to provide restaurants with small grants, allowing them to purchase materials to extend their outdoor dining seasons.

As you'd expect, Schutte is completely in favor of such a program.

"We're trying to buy a few more heaters as well as possibly putting up a tent structure out in the back area, so that would hopefully extend our patio season right through possibly the winter or at least a majority of it, so it would definitely help," said Schutte.

Pitillo hadn't heard of the proposal in the legislature, but he was excited when asked if a program like that would help.

There's no specific timeline on if/when this funding is approved in the legislature, but legislator Joe Lorigo wants to see it passed as soon as possible.