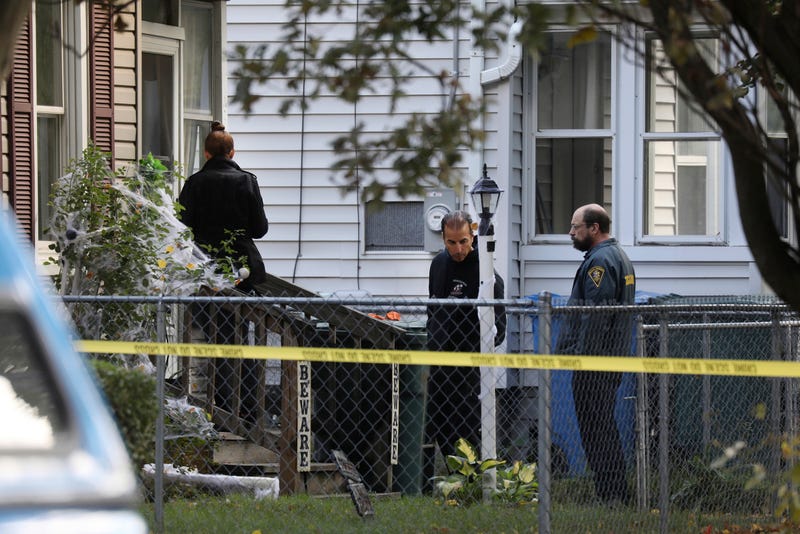 ROCHESTER, N.Y. (WBEN/AP) — Police investigating a mass shooting at a crowded house party in Rochester, New York, last month that killed two teenagers and wounded 14 others joined with grieving parents Thursday to plead for witnesses to come forward as they announced a $10,000 reward.

Three or four people opened fire just after midnight on Sept. 19, killing Jaquayla Young and Jarvis Alexander, both 19. The party was supposed to have been a small gathering, but people from two other nearby parties showed up, and an argument broke out.

Police found more than 40 bullet casings at the scene. The wounded and the dead were all between the ages of 17 and 23.

More than a month into the investigation, Rochester police officials said that some people have cooperated with them and that they have several people of interest. But they're not prepared to make an arrest.

“We need further information. We need more people to come forward. There’s over 200 people there. There should be a line outside of our door,” Rochester Police Capt. Frank Umbrino said at a news conference.

Along with CrimeStoppers and the Bureau of Alcohol, Tobacco, Firearms and Explosives, police said they were offering a reward of as much as $10,000 for information leading to an arrest and conviction.

“I'd just like you to put yourself in our shoes,” said James Alexander, the father of Jarvis Alexander. “Somebody knows something. And if you have that information, I feel you're obligated to come forward simply because those lives that were taken were innocent.”

Young, who was attending Monroe Community College, was captain of her high school’s cheerleading team and a member of the track team. Alexander, a sophomore at Alfred University, was on his high school’s football and track teams and won a state championship in the 4x100-meter relay.

The deadly shooting came weeks after the revelation of Daniel Prude’s police suffocation death in the Lake Ontario city. Rochester had already been roiled by nightly protests, allegations of a cover-up, and calls for the mayor’s resignation and the arrests of the officers involved in Prude’s death.