The San Francisco woman who offered a pointed critique of President Donald Trump’s handling of the coronavirus pandemic during the Democratic National Convention is clapping back at the president’s remarks that the virus "affects virtually nobody."

He made the comments during a campaign rally Monday night in Ohio. 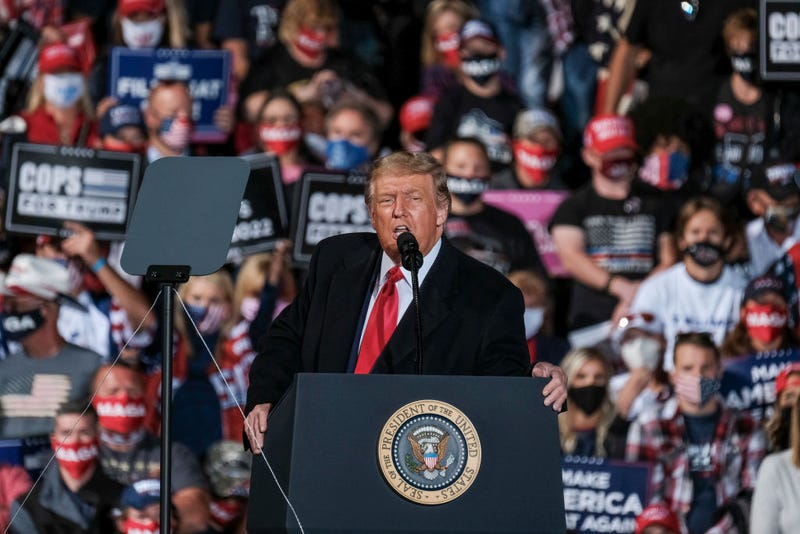 The president continued: "It affects elderly people, elderly people with heart problems and other problems. If they have other problems, that’s what it really affects. That’s it. You know, In some states, thousands of people, nobody young. Below the age of 18, like, nobody. They have a strong immune system, who knows? You look. Take your hat off to the young, because they have a hell of an immune system. But it affects virtually nobody. It's an amazing thing."

My Dad was not a nobody. https://t.co/9IeHxeV1bi

The confirmed U.S. death toll from the coronavirus topped 200,000 Tuesday, by far the highest confirmed death toll related to the virus in the world.

In mid-August, then-known Urquiza shared her father’s tragic story during the first night of the DNC, telling a national audience that Mark Urquiza was a loyal Trump supporter who lived in Arizona before he died of COVID-19.

"He had faith in Donald Trump," she said. "He voted for him, listened to him, believed him and his mouthpieces when they said that coronavirus was under control and going to disappear. My dad was a healthy 65-year-old. His only preexisting condition was trusting Donald Trump, and for that he paid with his life."

Mark Urquiza died alone in the ICU after seeing his daughter for the last time over FaceTime.

Deaths from the coronavirus are running close to 770 per day on average.