President Donald Trump awarded the Distinguished Flying Cross to two California National Guard aircrews on Monday for their fight against the wildfires spread across the west coast.

"Today it’s my profound honor to award seven extraordinary soldiers with the Distinguished Flying Cross for their remarkable courage to rescue their fellow citizens," Trump said at the California ceremony.

The Guardsmen were seven members of the 40th Combat Aviation Brigade (CAB) who began flying into the fires Labor Day weekend to rescue those trapped by the Sierra Nevada Creek Fire. The CAB flew 396 people and 27 animals to safety over the course of the weekend. 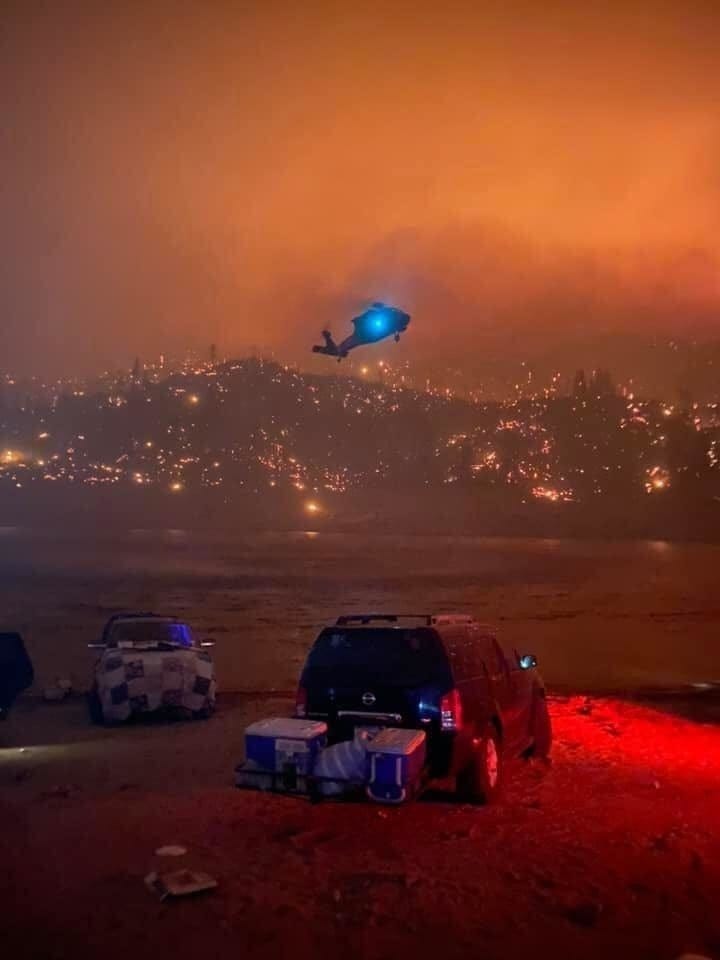 “I was at my mom’s house in Merced about to jump in a pool to cool off with my son,” said Sgt. George Esquivel, a CH-47F Chinook mechanic and flight engineer with Bravo company, 1st Battalion, 126th Aviation Regiment, based in Stockton, California. “I received a text about a rescue mission asking if I wanted to go and I replied yes. I don’t turn down the opportunity to go on rescue missions because it’s what we do.”

While en route to the Creek Fire, the crews were told to turn back by state and local officials and headquarters who had deemed the situation too dangerous, Trump recounted during the award ceremony.

"But they decided to continue anyway, knowing they might not return. They knew that people were in danger — great danger," the president said.

Over the course of 10 hours, the two crews alone brought 242 to safety. The Chinook, designed to carry 30 people, was loaded with 65 stranded campers on its first trip into the flames -- and 102 on the second trip. 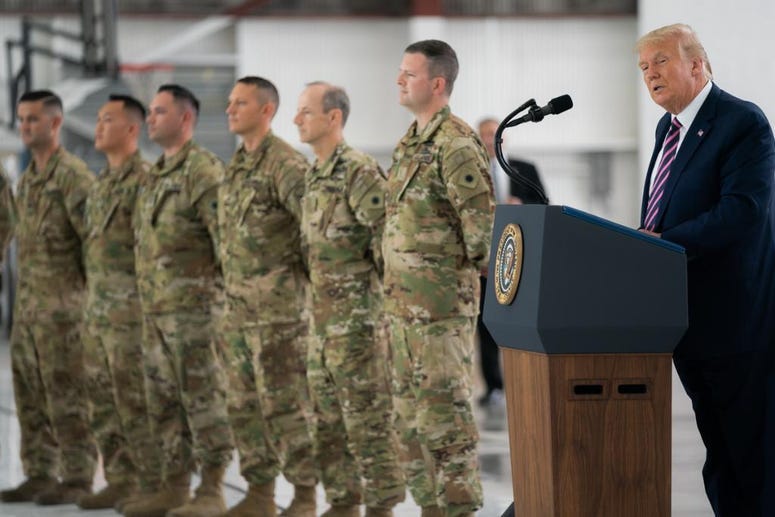 The Distinguished Flying Cross may be awarded to any service member while serving in the capacity of the Armed Forces, who distinguish themselves for heroism or outstanding achievement while participating in aerial flight.

"Our nation is strong because of remarkable individuals like these service members," Trump said. "In the midst of our greatest trials and biggest challenges, America prevails because of the brave and selfless patriots who risk everything so that they may save lives of people, in many cases, that they don’t know."