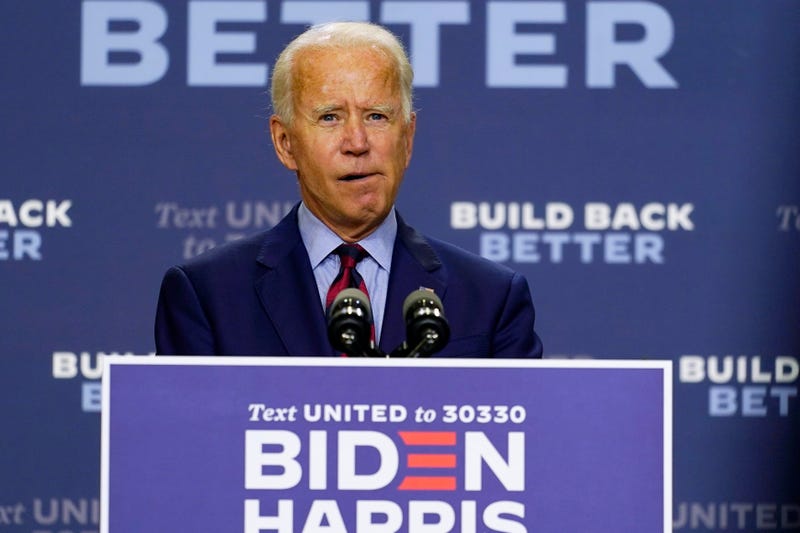 Biden's team signed the memo with the General Services Administration Thursday, according to the agency. The document is required under the Presidential Transition Act and formalizes how the federal government will go about assisting Biden's transition team ahead of Election Day.

Formal federal support for presidential transition teams was first put into practice in 2012 in an effort to ensure presidential candidates are prepared to assume the White House should they win the election.

In 2016, both Hillary Clinton and Donald Trump had offices and staffs in the same building preparing for a transition ahead of Election Day. Nearly all of Trump's plan was subsequently shelved after he won the White House.

For the first time, the 2020 memo includes a pledge by Biden's team to devise and publish an ethics plan to be implemented should he win on Election Day. That requirement was put into the place in a 2019 amendment to the transition act.

music
Harry Styles new haircut is a call back to another era
music
After rapping about unemployment fraud, Nuke Bizzle got arrested
sports
In a few short weeks, Antonio Brown could be back in the NFL
music
Richie Sambora blasts back at Jon Bon Jovi: 'Are you kidding me?'
music
Brian Wilson says he has 'zero' to do with Beach Boys performance at Donald Trump fundraiser
music
We’re getting new Ariana Grande music this week, and 2020 is saved