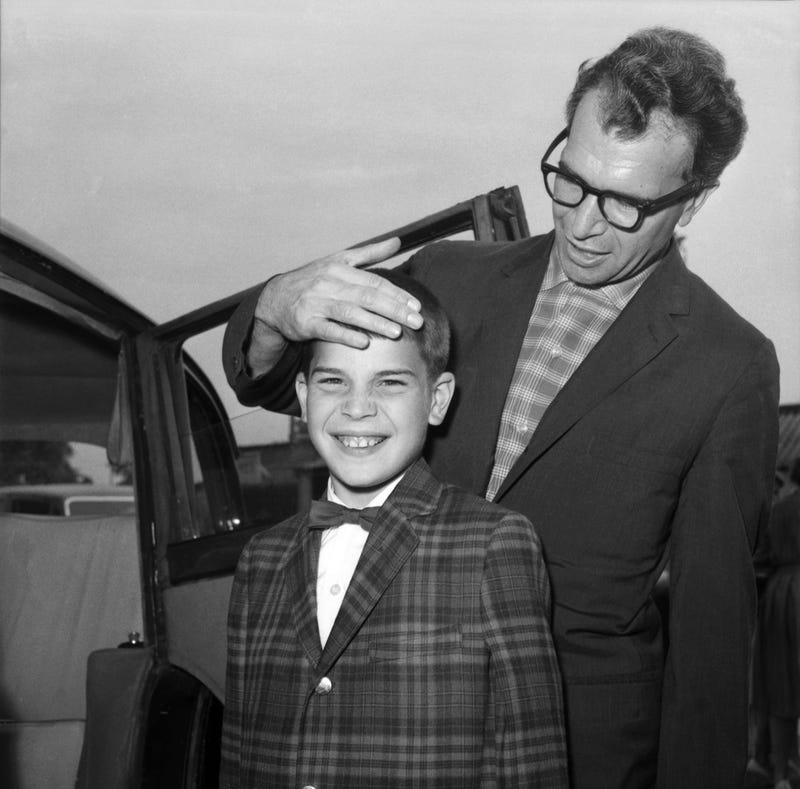 Photo credit FILE - In this July 2, 1961, file photo, Dave Brubeck, the American Jazz musician, and his 13-year-old son Christopher, also a musician, arrive at London Airport, United Kingdom, from New York. Nearly eight years after his death, the final solo recording of late American jazz legend Dave Brubeck is set for release Nov. 6, 2020. Verve Records announced that "Lullabies," a collection of intimate standards often played for children, will be available in the latest effort by a label to preserve unreleased jazz recordings. (AP Photo/Brian Calvert, File)
By The Associated Press

Verve Records announced last week that “Lullabies” — a collection of intimate standards often played for children — will be available Nov. 6 in the latest effort by a label to preserve unreleased jazz recordings.

“Dave was mainly thinking of it as a sort of documentation and gift for immediate family and some close family friends,” said Chris Brubeck, his son, who is also a musician.

And there the recordings would have stayed until someone at Verve Records heard a song for the collection and thought it would be great to make it available to the public, the younger Brubeck said.

“He knew thousands of songs from playing in nightclubs and the cowboy jazz bands he joined as a kid,” Brubeck said. “Even though this may seem like a stretch when I hear this particular performance, it just slays me because there’s just so much unbelievable wisdom in each of his fingers, how he approaches the notes and the touch.”

The latest release includes an interpretation of George Gershwin's “Summertime” from the 1935 opera Porgy and Bess, the 1913 “Danny Boy,” and “Over the Rainbow" from the 1939 film “The Wizard of Oz.”

It also contains original pieces he wrote for his longtime wife, Iola, and an interpretation of “When It’s Sleepy Time Down South” by Fats Waller. Dave Brubeck would say the first record he ever bought was by Waller.

Brubeck is largely credited for helping spark the Cool Jazz, or West Coast Jazz, movement. The 1959 “Take Five” hit recorded by the Dave Brubeck Quartet is a solo battle between saxophonist Paul Desmond and summer Joe Morello with Brubeck's piano serving as a narrator and bassist Eugene Wright adding a scene. The classically-trained Brubeck used exotic meters he had heard overseas to deviate from the regular 4/4 time.

“Take Five” is the biggest-selling jazz single ever.