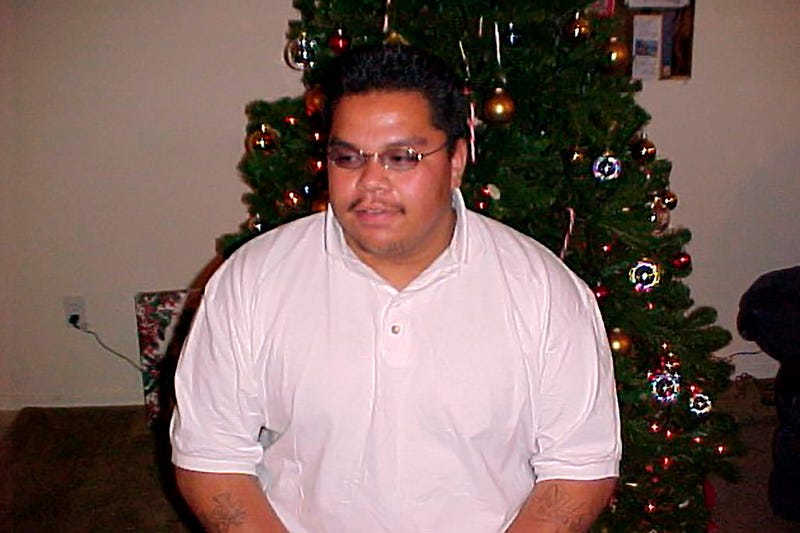 Photo credit This undated family photo provided by Auska Mitchell shows Lezmond Mitchell, who is scheduled to be executed on Wednesday, Aug. 26, 2020, at the federal prison complex in Terre Haute, Ind., for the 2001 killing of Alyce Slim and her granddaughter. The Navajo government is pushing to spare his life on the basis cultural beliefs and sovereignty. Mitchell was the first Native American sentenced to death since the resumption of the federal death penalty in 1994 and the only Native American awaiting his punishment. (Courtesy Auska Mitchell via AP)
By The Associated Press

WASHINGTON (AP) — The only Native American man on federal death row is asking a judge to halt his execution until he receives a determination to his clemency petition from the Justice Department and President Donald Trump.

Lezmond Mitchell’s lawyers filed papers in federal court in Washington seeking to delay his execution, which is currently scheduled for Wednesday at the Federal Correctional Complex in Terre Haute, Indiana.

The Navajo government has been asking officials to spare his life on the basis of cultural beliefs and sovereignty. Tribal leaders have appealed to Trump and Attorney General William Barr, asking them to call off the execution.

Mitchell submitted a clemency petition to the Justice Department after his execution was scheduled earlier this summer. Two prior petitions had been denied in 2017 and 2019.

In the court filing, Mitchell’s attorneys wrote that a Justice Department attorney, Kira Gillespie, told them she “could not say whether it would be possible to ensure a clemency decision one way or the other” before Mitchell’s execution date.

The Justice Department did not immediately respond to a request for comment.

Letters that Mitchell’s attorneys submitted as part of the clemency petition paint him as a troubled kid who was shuffled around homes but was high-achieving, played varsity football and was a problem-solver.

Mitchell and a co-defendant stabbed a 63-year-old woman nearly three dozen times and then forced her 9-year-old granddaughter to sit next to the lifeless body as they drove about 40 miles, before slitting the young girl’s throat. She was still breathing, so they dropped rocks on her head, killing her, too. Mitchell stole the woman’s car and later robbed a trading post in Red Valley, Arizona.

Under federal law, Native American tribes can decide whether they want their citizens subjected to the death penalty for a set of crimes involving Natives on tribal land. Nearly all 574 federally recognized tribes, including the Navajo Nation, have opted out.

Mitchell was the first Native American sentenced to death since the resumption of the federal death penalty in 1994 and the only Native American currently awaiting execution. He ended up on death row because he was convicted of carjacking resulting in death — a crime that carries the possibility of capital punishment regardless of where it happens.

The government carried out three executions in July, following a 17-year pause, and three other men are scheduled to be executed in August and September.