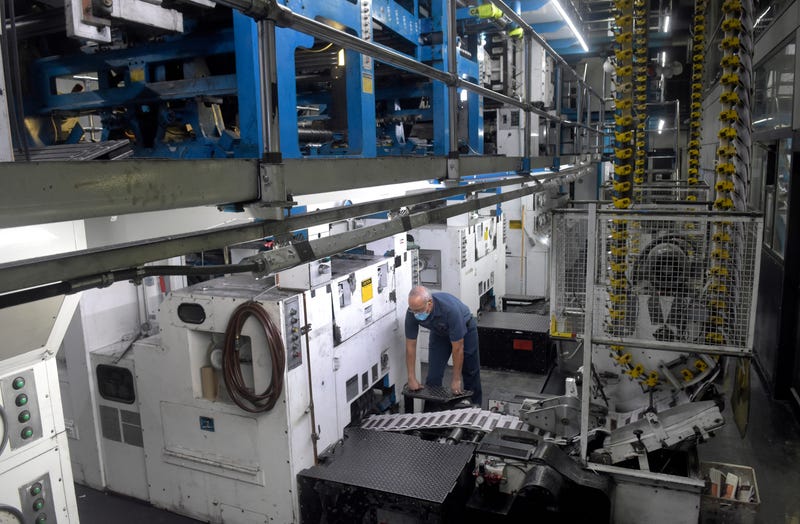 ALBUQUERQUE, N.M. (AP) — The Albuquerque Journal and the Santa Fe New Mexican newspapers are partnering to print both publications at the The New Mexican’s production facility in Santa Fe in a cost-cutting move.

The state’s two largest newspapers made the announcement Tuesday, saying discussions about consolidation have been ongoing for years as more media corporations combine printing operations to reduce costs.

Officials with the family-owned newspapers said in a statement that the change will not affect the size or content of either newspaper and that subscribers and advertisers should not be impacted.

The two newsrooms will remain separate and maintain independent operations, but the change will result in as many as 70 layoffs at the Journal‘s printing facility in Albuquerque.

William P. Lang, president of the Journal, said the financial savings from the arrangement will strengthen the newspapers’ ability to continue to report and print news important to New Mexico.

“We have been in this plant for 38 years and it has served us well, but as an aging plant it has become more and more expensive to operate,” he said.

“That was rare in the days when most newspapers were family-owned and neighboring publications were often fierce rivals," she said. "I am sure our two fathers would be happy that their children are working together to keep their publications family owned and dedicated to their communities.”

The change will take effect Oct. 12. The Journal‘s sister newspapers — the Rio Rancho Observer, El Defensor Chieftain of Socorro and the Valencia County News-Bulletin — also will be printed at The New Mexican's plant.

Severance packages for the employees who lose their jobs will include health care benefits. Officials said there will be some employment opportunities with The New Mexican for those who qualify.