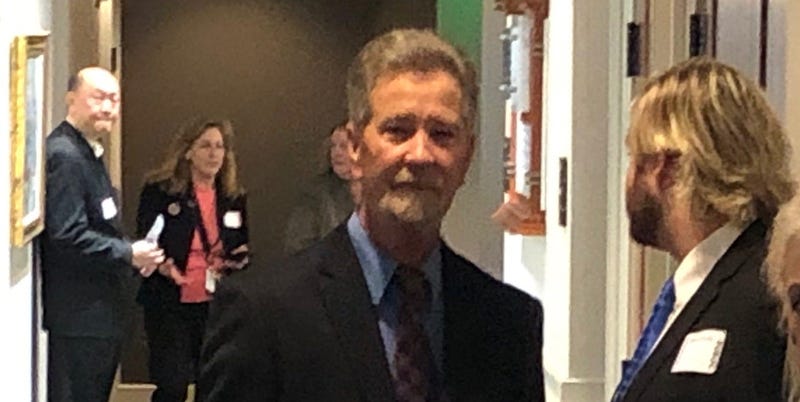 Update: Dowless and Others Indicted On Election Fraud Charges

Less than a week after the N.C. State Board of Elections called for a new election in District 9, state prosecutors handed down numerous indictments for election fraud for two separate election cycles.

The indictments are for elections in 2016 election and for the 2018 primary.

Dowless was called before the state board last week, but requested that he be granted immunity for his testimony. The state board refused to grant him his request. As a result, he did not take the stand and left the hearing.

Four others were also indicted for their connection to the elections.

Caitlyn Croom, Matthew Mathis, Tonia Gordon and Rebecca Thompson each faces one count of conspiracy of obstruction of justice and one count each of possession of an absentee ballot.

No new election date for District 9 has been scheduled.

The wildness that has been the N.C. District 9 election has spawned more craziness, as there will now be a new election held to determine who will represent that district as a member of the House of Representatives in Washington, D.C., due to election fraud in Bladen and Robeson counties, and potentially Columbus County.

After each day was wilder than the previous one, Republican Mark Harris, who held a 905-vote lead after election night in November, abruptly announced on the witness stand after a lunch break that, “Neither I nor any of the leadership of my campaign were aware of or condoned the improper activities that have been testified to in this hearing. Through the testimony that I’ve listened to over the past three days, I believe a new election should be called.”

Leslie McRae Dowless is accused of illegally harvesting absentee ballots in those counties for Harris by illegally taking ballots from prospective voters and mailing them in to the Bladen County Board of Elections.

That is a felony.

This came one day after his son, John, who is a lawyer for the Department of Justice in Eastern, N.C., testified that he had warned his dad repeatedly about the “shady” Dowless, who had worked against Harris in the 2016 Republican primary campaign that he’d lost by a few hundred votes. Despite his son’s warnings, Harris hired Dowless.

The hearing started Monday morning with Dowless’ stepdaughter Lisa Britt explaining in great detail how operatives were paid by collecting absentee ballot requests, which is not illegal, and then checking back to collect the ballots, which is illegal. She discussed how they were paid for their efforts.

Day 2 saw Andy Yates, who is the founder of Red Dome Consulting, which was hired to take the lead in the Harris Campaign, testify over the course of eight hours that he knew nothing of Dowless or his activities and that nobody said anything to him about Dowless. He also said that he didn’t keep detailed invoices of what he was paying Dowless for during the course of the primary and general elections.

Once again, John Harris, whom everybody in the building believed to be the most credible witness, said he also had told Yates about his concerns in reference to Dowless.

Harris atty says that he believes evidence shows that he didn’t know what was happening in Bladen County. Chairman seemed to agree. But that doesn’t mean he wouldn’t have voted for a new election. They’re getting ready to vote to hold a new election. #nc09 @wbtradio

And in the end, there was just too much mounting evidence for Mark Harris to overcome, and so as to not say anything he might regret later while not being in full capacity due to his ongoing health problems, he recommended a new election.

The board agreed and voted as such unanimously.

Harris told WBT News that he will regain his strength and will consider running for the seat again when the new election happens, which the process will start from scratch with the primaries in two months at the absolute earliest.

Mark Harris has told @wbtradio in a text “I am going to continue to get my strength back, assess my physical situation and then we will decide!!” #nc09