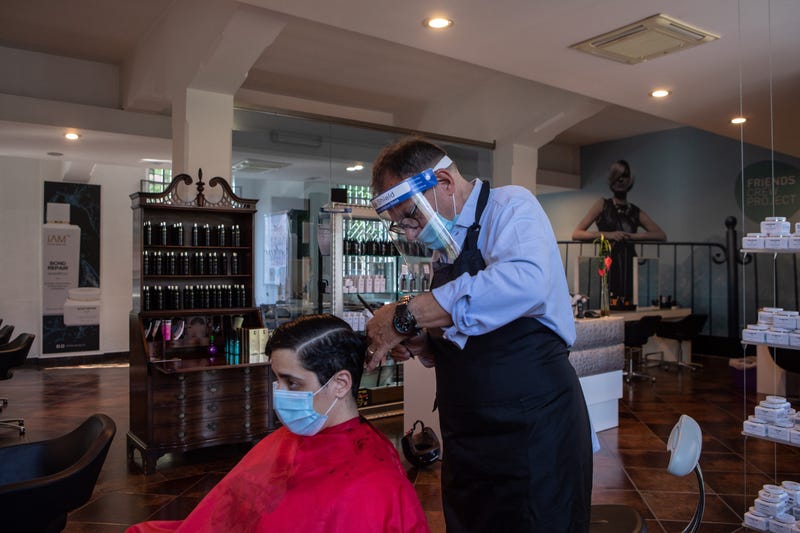 North Carolina Governor Roy Cooper will announce at  5p.m., Wednesday afternoon that starting this weekend restaurants, hair salons and other personal care places will be allowed to operate as Phase 2 goes into effect, multiple sources in Raleigh told WBT News.

However, there will be some restrictions.

Salons, which have been opened in all four states bordering North Carolina, will be by appointment only. No walk-ins will be allowed. Moreover, everyone inside the salon will be required to wear a mask and social distancing will continue to be a must.

The same will apply to nail salons.

Restaurants will be allowed to open, but there will be a formula to determine how many people are allowed inside to dine. It's not expected to be just a straight 50% of capacity. It's also expected that no more than six people per table will be allowed, and can't be any closer than six feet from the next table.

It's still unclear what fate gyms will have. They were initially part of Phase 3, which would go into effect no earlier than June 22, but some believe they could be moved up to this weekend's start of Phase 2.

North Carolina has 691 deaths due to COVID-19, but 69% of them were people living in congregate living centers. The state says 193 people in the general population of 10 million have died.

North Carolina ranks 35th in deaths per capita due to COVID-19.