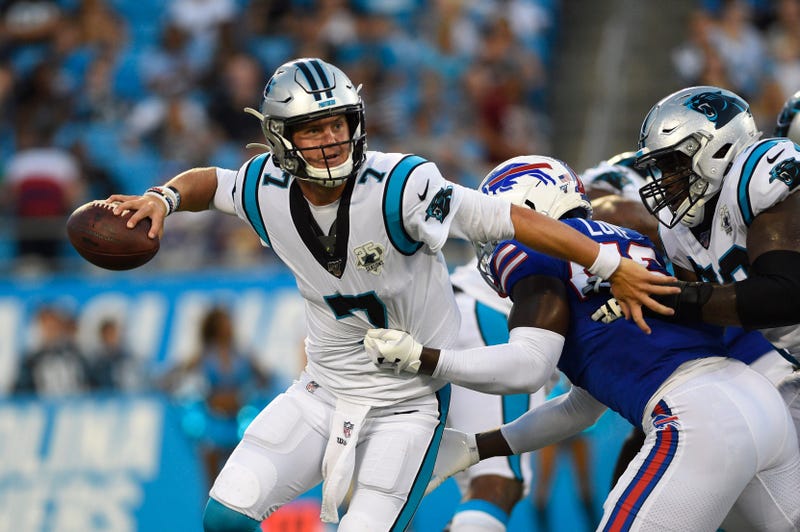 You know things weren’t going well in the first half for the Carolina Panthers when Mike Tolbert said on the team’s radio broadcast that he’s glad he was in the booth and not going to be in the locker room at halftime because, “there’s going to be some Gatorade flying around.”

He’s right as almost nothing went well in those opening 30 minutes against the Buffalo Bills Friday night at Bank of America Stadium.

And while many fans will say that results don’t matter because it’s only the preseason, to a degree that’s right. But when it’s starters not looking good, that can be a problem.

The good news is that there are two more preseason games to get things figured out on both sides of the ball.

Here’s a look at how things went for Carolina with its main players on the field:

While star linebacker Luke Kuechly didn’t play, the overwhelming majority of what will be the starting defense in the regular season did. And that’s why head coach Ron Rivera looked like he was chewing his tongue the entire first half.

The Bills starters only played two offensive series. Even so, they moved the ball with relative ease against defensive starters, even when the Buffalo backups were in the game.

At the end of the first quarter, the Bills had outgained Carolina 108-40 in total yards. 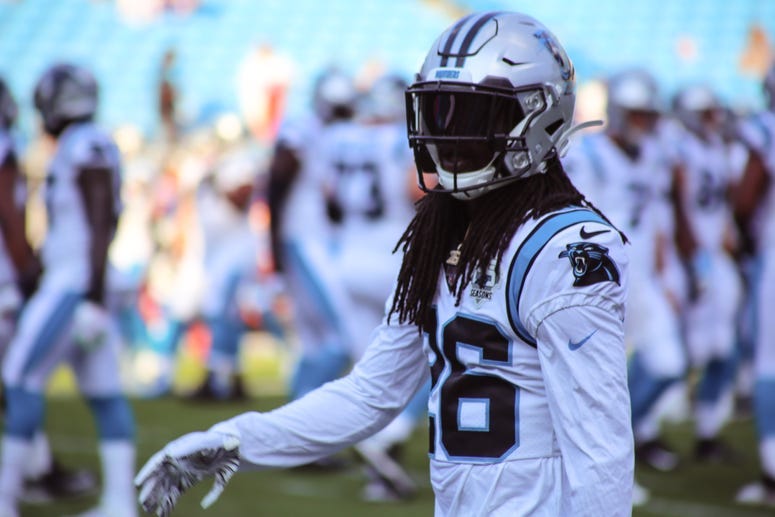 Rivera seemed so perturbed that even when Buffalo had put in its backups on offense for its third series, he left most of his defensive starters on the field. It didn’t matter as the Bills marched down the field and into field goal range. The only saving grace was they missed the kick.

And even when the reserve defensive players hit the field for Carolina, they struggled to slow down the Bills.

All told, Buffalo had 230 yards of total offense and scored 24 points in that opening two quarters.

Stars Cam Newton, Christian McCaffrey and Greg Olsen didn’t play, but the first-team wide receivers and offensive line did. And to put it bluntly, it was a rather bad display of offensive football.

Kyle Allen started at quarterback for the second week in a row in place of Newton and it couldn’t have gone much worse for him. The only thing he didn’t do was throw an interception for a touchdown. 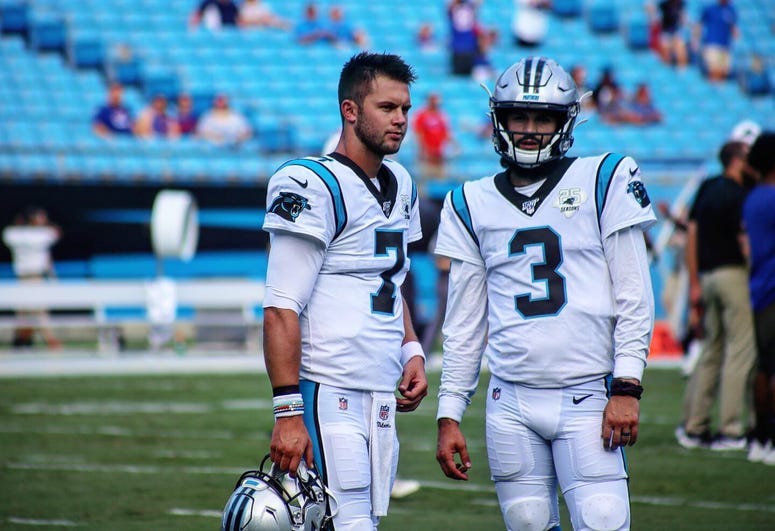 Backup quarterback and rookie Will Grier handled that part for Carolina.

Allen threw some wobbly passes and had two of his attempts batted down. Allen finished a measly 4-for-11 for 32 yards passing.

There wasn’t exactly a running game to help him out, either.

When Grier replaced Allen, he, too, found the going tough by quickly throwing that interception for a touchdown for Buffalo.

He also struggled with his accuracy, overthrowing several wide-open receivers.

Grier, a Charlotte native, ended his night by going 10-for-19 for 75 yards and an interception

But it should be noted that the backup running backs of Reggie Bonnafon and Elijah Holyfield looked solid in their very limited carries. They combined for 17 yards on only three attempts.

Carolina even struggled in this area of the game. On Buffalo’s first punt return, Andre Roberts gained 37 yards, which led to its first touchdown of the game.

Panthers rookie kicker Joey Slye, who is competing against Graham Gano for the job, was 2-for-2 in his field-goal attempts, including a 54 yarder. 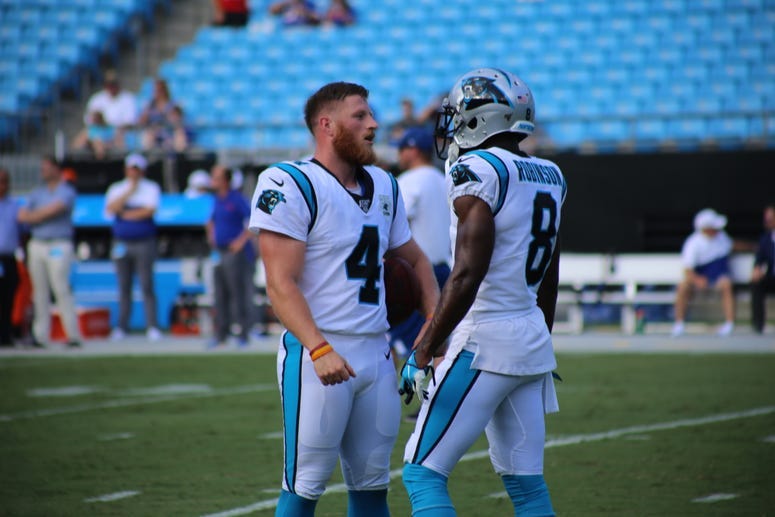 Rivera didn’t mince words about the team’s lackluster performance, but he also saw many reasons for optimism.

“Yeah, most certainly (it was disappointing),” he said. “The big thing more so than anything else is we had a lot of young guys out there that need to turn the corner. I mentioned earlier, they have to step up and we are giving them every opportunity.

“These first two games were really about the young guys getting chances. Quite frankly, from my perspective, I didn’t think some of the young guys stepped up when they had chances. Again, it’s hard to say right now until you really get a chance to watch the tape, break the tape down and really decide on some things. We will see tomorrow. We will get a better feel, a better grasp as to where we are.”