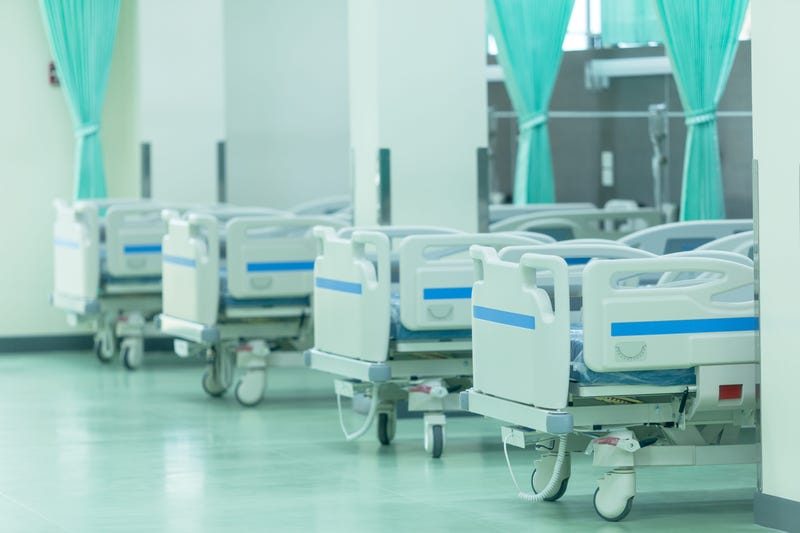 March 28, 2020 03/28/2020 1:12 am
Patient projections across North Carolina being used by Mecklenburg County hospitals, and obtained by WBT, paint a grim and worrisome future for residents.

Data being used as a barometer for area hospitals say between 6,900 and 8,000 North Carolina citizens will be hospitalized by April 22, which is the end of the projected peak date of the COVID-19 virus in the state.

Those same internal numbers say the peak will be between April 18-22, with Mecklenburg and Cabarrus counties being at the early end of those dates.

The data obtained doesn’t say how many deaths or those expected to be admitted into intensive care units.

As of Sunday, the state lists 1,040 confirmed cases of COVID-19, with 91 people currently hospitalized and four deaths of state residents.

Mecklenburg County lists 315 cases as of Sunday, with zero deaths. Numbers obtained by WBT show that more than 10 people are currently in intensive care in the county.

However, numbers recently produced by the Institute for Health Metrics and Evaluation (IHME), an independent global health research center at the University of Washington, do give mortality rate projections for North Carolina, and it’s not pretty.

Their projections are based by assuming “the continuation of strong social distancing measures and other protective measures.”

IHME says that North Carolina can expect to reach its peak in cases on April 21, when it is estimated that 79 people will die on that day. They go on to say 2,411 deaths will occur statewide by Aug. 3.

In terms of hospitalizations, IHME projects by April 22, that 7,811 hospital beds will be needed and that the state will be short 686.

Moreover, their numbers say 1,173 intensive care beds will be required but will be short 606. IHME also reports 633 ventilators will be needed.

Nationally, IHME predicts the death rate in one day will be at its highest on April 13, with the peak of deaths reaching 2,341 on that day. IHME reports that by Aug. 3, that 81,114 deaths will be caused by COVID-19.