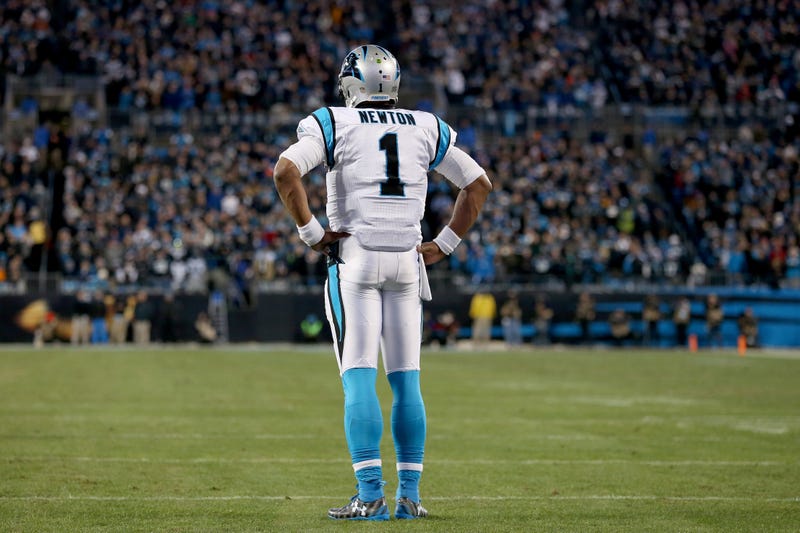 After seven weeks of questioning whether Carolina Panthers quarterback Cam Newton will return from a Lisfranc injury, the team finally answered, by placing him on injured reserve, more than likely ending his 2019 season.

The move comes just days after Newton visited foot specialist Dr. Robert Anderson for another opinion on his foot.

Surgery for Newton's foot was reportedly not recommended.

Newton suffered the left foot injury in Week 3 of the preseason, but returned for the Panthers' first two games, before ultimately being shut down following the team's 0-2 start and reaggravating it against Tampa Bay.

The former MVP admitted via his YouTube channel that he didn't tell the team the full severity of his injury, which was diagnosed as a mid-foot sprain, and that he was tired of not playing at 100 percent health.

"For the past seven weeks, Cam (Newton) has diligently followed a program of rest and rehab and still is experiencing pain in his foot,” general manager Marty Hurney said. “He saw two-foot specialists last week who agreed that he should continue that path prescribed by the team’s medical staff, and that it likely will take significant time for the injury to fully heal."

Now, the question that remains is whether the Newton Era in Carolina is over after eight seasons?

This is the second straight year that Newton has been shut down before the end of the season.

Last year, Newton played through a shoulder injury, before being placed on IR in Week 15.

Newton has one year remaining on his five-year, $103 million contract that he signed in 2015.

Newton is slated to earn $21.1 million with the Panthers next year, but if the team opts to release him, they would only suffer a $2 million cap hit, allowing them to save $19 million.

“We have said all along that it is impossible to put a timetable on this injury. Nobody is more frustrated with that fact than Cam. He’s one of the fiercest competitors I’ve been around during my 20-plus years in the league," Hurney said. "At this time, we have decided that the best decision to reach the goal of bringing the foot back to 100 percent is to place Cam on injured reserve.”

Quarterback Kyle Allen has gone 5-1 with the Panthers since replacing Newton in Week 3.

Allen is expected to be the starting quarterback for the rest of the season, with rookie Will Grier as the team's backup.

Newton finishes this season with 572 yards passing, an interception and a 56.2 completion percentage in two games.

Newton would be eligible to return for the playoffs if the team were to make them.