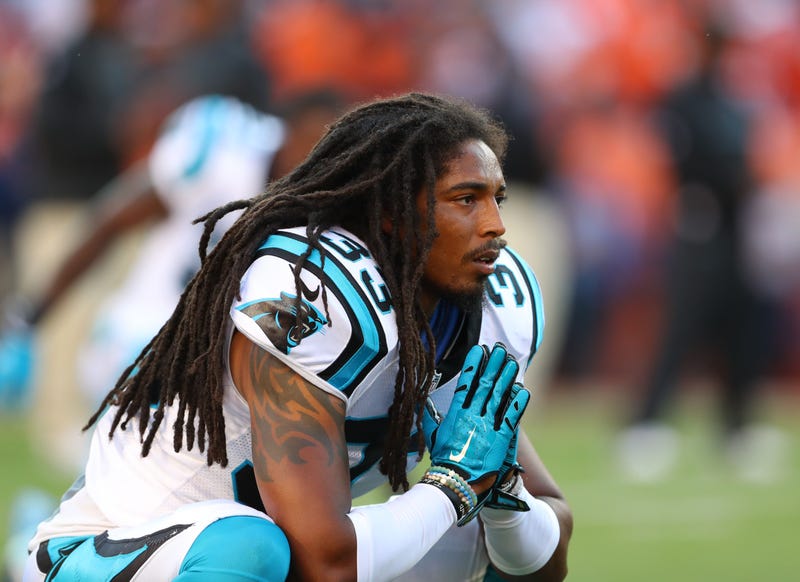 One of the biggest concerns for the Carolina Panthers this offseason has been finding a reliable free safety/corner nickel to play alongside strong safety Eric Reid.

In a secondary that consists of starting cornerbacks James Bradberry and Donte Jackson, Carolina opted not to draft any defensive backs to replace safety Mike Adams and Captain Munnerlyn this offseason.

Second-year safety Rashaan Gaulden, who was drafted in the third round in 2018, has been expected to fulfill Adams' role, with cornerback Ross Cockrell also taking safety and nickel reps despite struggling as a rookie.

"We've got a good battle going on in the secondary," Rivera said on Wednesday. "We've got guys that we have to take a real close look at. That'll be one of the positions to take a look at during Training Camp."

“We have a good battle going on back there in the secondary.” -Ron Rivera #KeepPounding pic.twitter.com/drhiD1BFOZ

"You gotta have a guy that's productive and has been productive," Rivera said. "He's been available and we just felt now this an opportunity to bring a guy in that can help us and be a part of what we're trying to build together as a far of our pass rush."

Boston will join Gaulden, Cockrell and defensive back Corn Elder in a fight for the starting free safety/nickel.

“I believe I’m one of the best in the league. Stats show it," Boston said. "I looked at the depth chart and said we can be something special. It’s about getting my job done and being accountable. I have to play my ball and have fun doing it.”

Boston, 27, spent the last two seasons with the Los Angeles Chargers and Arizona Cardinals, where he started 28 of 30 games and totaled 158 tackles and eight interceptions.

In 2014, Boston was drafted by Carolina in the fourth round and started 16 games in three seasons with the team.

The signing of Boston could potentially hold Gaulden back another year of being the team's true No. 1 free safety, but the addition of another veteran could help Gaulden continue to improve.

"Going into this camp versus last year, there's a little bit more expectation," Gaulden said on WFNZ this week. "You're going in knowing the material, and the expectation is for you to execute every time. The things that I got away with last year are things that I can no longer get away with this year. So just stepping it up mentally, physically, and also communicating and being a leader out there as well."

A team that struggled against the pass in 2018, Carolina will have the benefit of Reid returning for a full season after signing him last year.

"He has all the intangibles you want in a guy to build your secondary around," new secondary coach Perry Fewell said. "He can cover, he’s physical, he can play the middle of the field. He can do it all.”

Jackson is entering his second season, Cockrell is returning from injury, Elder has another year under his belt, while cornerback Kevon Seymour is showing improvements and Bradberry is in a contract year.

The secondary depth hopes to be a lot stronger this season under Fewell.

Cockrell and Elder have rotated from cornerback to safety and nickel, but the addition of Boston could potentially allow them to stick more with their comfortable positions.

"It's really just to try and create a lot more opportunities," Rivera said. "We've got some holes we want to make sure to fill and question marks we need answered."

Adding Boston isn't as splashy of a signing compared to defensive tackle Gerald McCoy, but it is relatively notable.

Boston hopes to prove that he's still a reliable starting safety and if he is, the Panthers' secondary concerns may be put to rest.

"I'm not asking for much. Just a little bit of respect," Boston said. "I'll do the rest from there. It's going to be a lot of intensity. I can't wait."