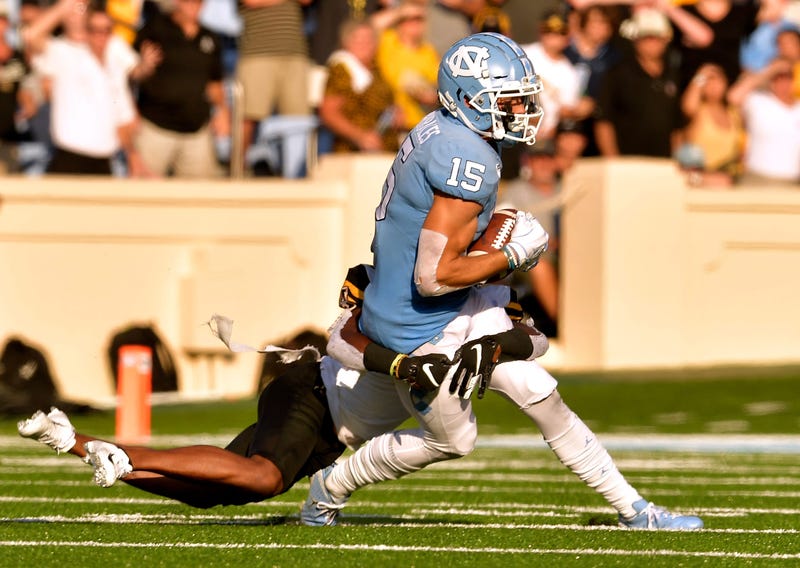 After jumping out to a 2-0 start this season, North Carolina has come back down to earth with back to back losses to Wake Forest and App State.

Now things get really crazy – the number one ranked Clemson Tigers come to town for a Saturday afternoon matchup in Kenan Stadium.

Kick-off is set for 3:30, you can hear the game on WBT. You might have heard that the 4-0 Tigers are the defending national champs and that they've been destroying opponents all season long, and they're 26.5 point favorites heading into Chapel Hill.

So the odds are not looking good for the Tar Heels, who will need to play the game of their lives to upset the Tigers.

The Tigers feature future number one draft pick Trevor Lawrence at quarterback. Lawrence loves to push the ball downfield and he has a ton of talented receivers, including Amari Rodgers, who recently returned from injury.

Lawrence has had a little trouble holding on to the football this season, though, throwing five interceptions.

That's one bit of good news for the UNC secondary, which has been hit hard by injuries – cornerback Patrice Rene is done for the year with a torn ACL and safety Myles Woolfolk is questionable for the game.

The Tigers feature a 1-2 punch at running back. Reigning ACC player of the year Travis Etienne teams with sophomore Lyn-J Dixon, and between the two of them they've racked up 615 rushing yards and seven touchdowns.

Clemson's defense ranks number one in the ACC and 7th nationally and is holding teams to under 100 yards rushing.

So far the Tar Heels have had success running the ball with Javonte Williams and Michael Carter, but they've got their work cut out for them against the Tigers.

Freshman quarterback Sam Howell has been getting better every week, but leading receiver Dazz Newsome is dinged up and is questionable for the game.

One key for the Heels – they've got to hold on to the football. They've given away 21 points on turnovers in their two losses but certainly can't afford to do that against a Tigers team that has generated eight takeaways.

These teams last played in 2015 in the ACC Championship Game, which the Tigers won 45-37. The Heels had a chance in that one at the end – can they do it again this time around?

The odds are certainly stacked against them. But as former Tar Heel and current Panther safety Tre Boston told me this week, “Sam will throw the ball, the defense will get some 3 and outs, win the turnover battle. I'm envisioning. Heels by 40 – know that!” I like the confidence – go Tar Heels!