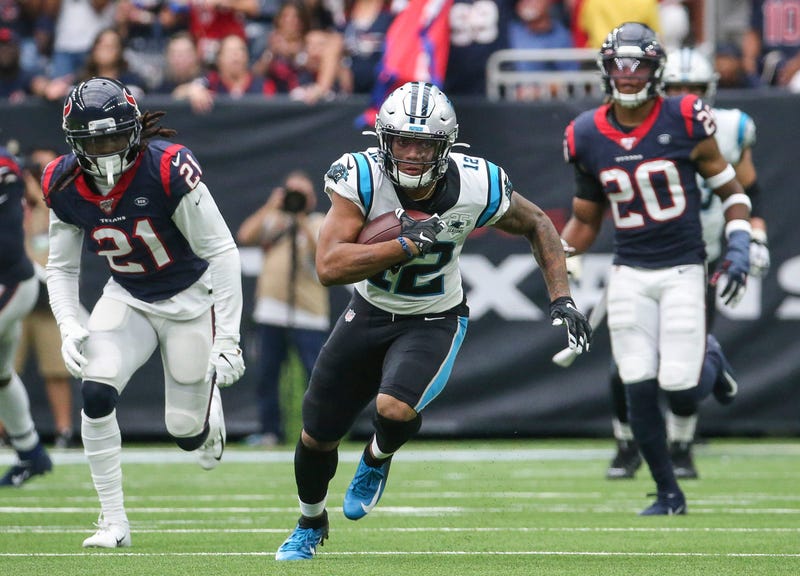 This Sunday will be an exciting day at Bank of America Stadium. Four Panther greats will officially be inducted into the team's Hall of Honor – Jake Delhomme, Jordan Gross, Steve Smith, and Wesley Walls.

The ceremony will take place during halftime of the game against Jacksonville. That's appropriate because the Jaguars were the team that Delhomme beat in his first game with the Panthers back in 2003. Smitty and Gross were also on that team.

Delhomme replaced Rodney Peete and halftime with the Panthers down 17-0, and threw three touchdown passes, the last one coming in the final seconds. And so the Cardiac Cats were born.

Fast forward to 2019 and the Panthers are once again being led by a backup quarterback. This time it's Kyle Allen, who will make his third straight start for the injured Cam Newton.

The Jaguars also have a backup running the offense. Rookie Gardner Minshew II took over when Nick Foles went down in week one with a broken collarbone, and since then “Minshew Mania” has taken over Jacksonville.

Minshew has quite the mustache, and he's also thrown for 905 yards with 7 touchdowns and just one interception.

The Panthers also rank number one in passing defense, allowing just 156 yards a game. So no doubt the Jaguars will be looking to run the ball, and they've got a great back to do it.

Leonard Fournette put on a show last week against the Broncos, rushing for a career-high 225 yards. And the Panthers expect a heavy dose of the third year out of LSU on Sunday.

The same could be said about the Panthers, who boast the top back in the league right now in Christian McCaffrey, who's averaging 102 yards per game on the ground.

He'll face a Jaguars defense that has an excellent front line featuring a trio of Pro Bowlers, including All-Pro defensive end Calais Campbell.

The Jaguars also have one of the best cornerbacks in the league – but Jalen Ramsey doesn't really want to be in Jacksonville anymore.

He wants to be traded and is currently battling a back injury. As Panthers coach Ron Rivera said, Ramsey is a difference-maker on the field, so if he doesn't play Sunday, things should be much easier on Allen and the Panther offense.

These teams have faced each other just six times in their history, with each team winning three games. It would be a perfect time for the Panthers to take the lead in the series, and pick up their first home win of the season at the same time.