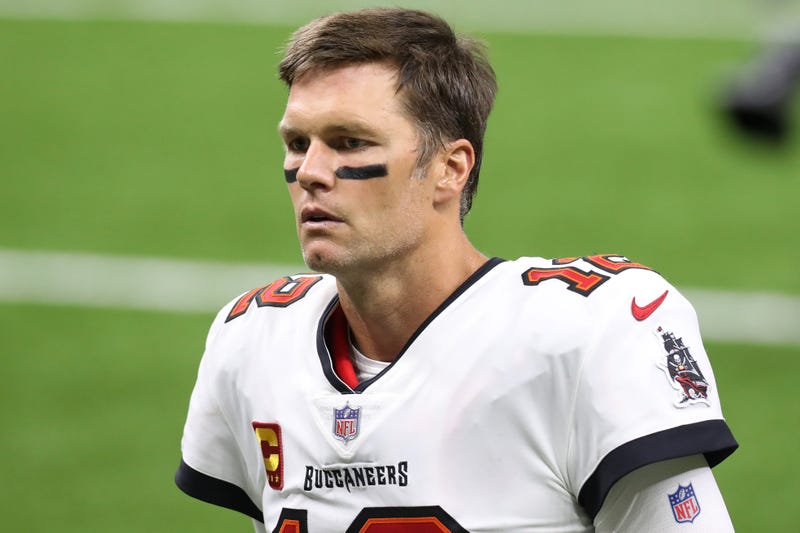 There were certainly plenty of offensive highlights, including Robby Anderson's 75-yard touchdown late in the game. The defense had some issues though, particularly getting pressure on Derek Carr. Hopefully, Panthers D-coordinator Phil Snow makes the proper adjustments ahead of facing the Tampa Bay Buccaneers and Tom Brady on Sunday.  Kickoff is set for 1:00 p.m. ET on WBT.

The Bucs had a complete offensive overhaul this offseason — “Famous Jameis” Winston is gone, replaced by the ageless Brady.  The longtime Patriot QB, who turned 43 last month, left Foxborough after six Super Bowl rings to join the Bucs in hopes of ending their playoff drought, which dates back to 2007.  Things didn't exactly go as planned last week for Brady, who threw a pair of interceptions in the 34-23 loss to the New Orleans Saints. But that's not fooling anybody — Brady threw for over 4,000 yards last season with 24 touchdowns and just 8 interceptions.

And the Panthers know exactly what he brings to this Bucs offense. “First of all, he's the G.O.A.T.,” said linebacker Shaq Thompson...”He's very smart, he knows how to pick apart a man or zone defense.  We just have to all be in accord and play football.”

Brady has plenty of weapons to choose from, including two of the best in the league with Pro Bowlers Mike Evans and Chris Godwin. Joining them is second-year player Scott Miller, who was Brady's top target last week with 73 yards.  And oh yeah, don't forget about the 'Gronk'.  Brady brought his favorite tight end with him to Tampa, wooing longtime Patriot teammate Rob Gronkowski out of retirement. The Bucs also added Pro Bowl running backs LeSean McCoy and Leonard Fournette.

On the other side of the ball, the Bucs defense was number one against the run last season, and held Panthers star Christian McCaffrey to a total of  58 rushing yards in their two meetings last year.  They picked up where they left off, holding Saints star Alvin Kamara to just 16 yards on 12 carries last week.

That tremendous force starts up front with All-Pro Ndamukong Suh and Vita Vea. The linebackers are outstanding, particularly Shaq Barrett, who terrorized quarterbacks last season and led the NFL with 19.5 sacks. He teams up with Lavonte David, Devin White and  veteran Jason Pierre Paul, who had 8.5 sacks in just 10 games last season. “They're extremely stout,” said Panthers left tackle Russell Okung.  “These guys are extremely talented and they're going to challenge you every single snap.”

The Bucs weak link on defense has been their passing defense. So they drafted safety Antoine Winfield Jr. (yes, that's his Dad) in the second round, and he promptly earned a starting role going into this season. It will be interesting to see how they do against Anderson, Curtis Samuel and the rest of the Panthers receivers on Sunday.

It's only week two, but calling this an important game for the Panthers is an understatement.

It's their first road game, they're playing a division opponent with an iconic quarterback, and they have a chance to even their record at 1-1.  After seeing their potential in the Raiders loss, quarterback Teddy Bridgewater is looking forward to seeing what they can do today. “I'm excited to go out there and compete,” said Bridgewater.  “It's a tough divisional opponent, we gotta start fast, keep our energy all game – we have to be ready to play.”

The Bucs will not host fans for Sunday's game at Raymond James Stadium, but hope to have fans at subsequent games.